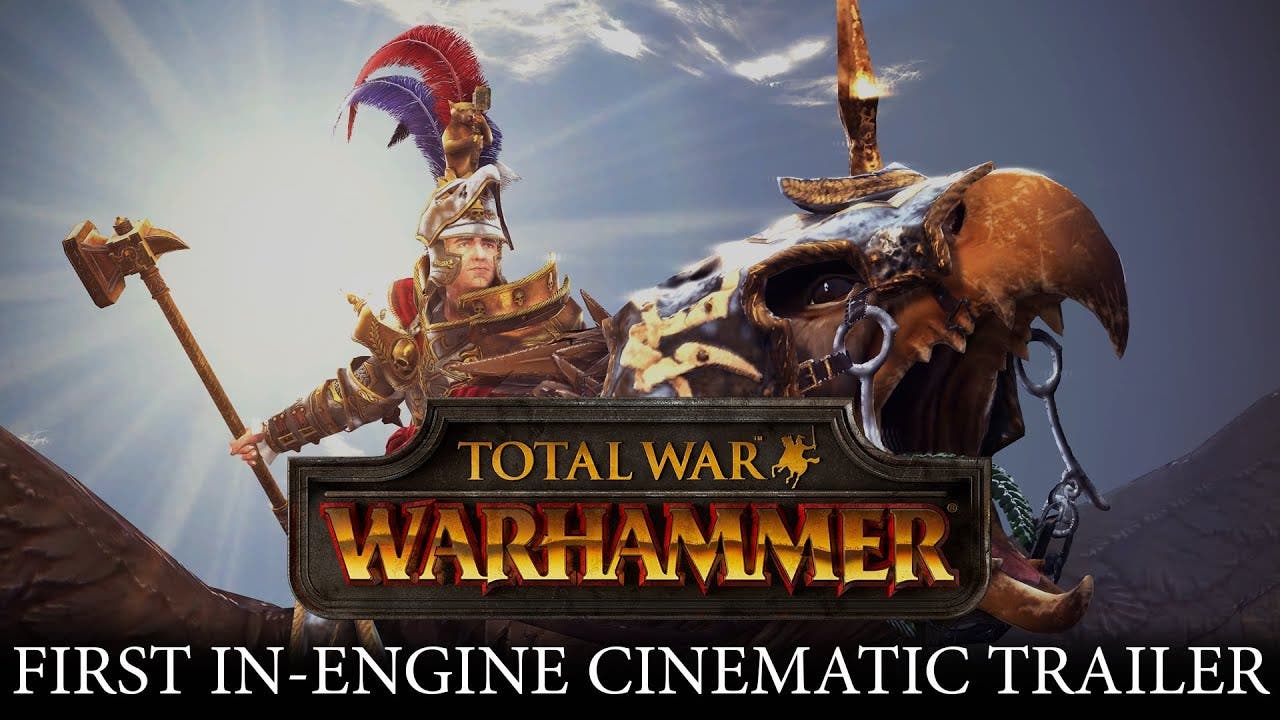 Total War: WARHAMMER gives a look at the game through an In-Engine Trailer

This release is the first in a series of cinematic trailers rendered in-engine that will introduce the Legendary Lords of Total War: WARHAMMER.

These renowned characters from the Warhammer Fantasy Battles world can be selected in-game to lead the charge of conquest. Each has a unique range of special abilities, weapons, armor, mounts and their own distinct narrative quest chain.

In this trailer we meet Emperor Karl Franz, the revered leader of the Empire, as he rallies his army of men and deadly imperial artillery in a famed battle against a ravening horde of ferocious Greenskins. Watch the trailer on YouTube here.

The Battle of Black Fire Pass is one of Karl Franz’ unique quest battles in Total War: WARHAMMER, and also formed the basis for this year’s E3 demo. You’ll be able to watch the battle in its entirety, along with a developer walkthrough in just two weeks’ time on Thursday, July 30th.