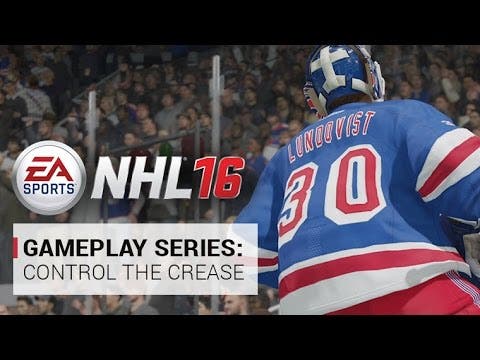 Control the Crease as the Goalie in NHL 16

Today EA SPORTS released the latest trailer in the NHL 16 Gameplay Series that showcases how NHL 16 gives you the ability to control the crease and carry your team to victory with all-new enhanced player goalie controls. When facing down a shooter – precise, controlled movements give you the ability to stop the puck and limit rebounds, all while maintaining control over your position in the paint. Movement and puck handling outside the paint are also key parts of a goaltender’s skillset, and new improvements to skating and puck control will allow you to spring passes to teammates on the breakout – or try for an elusive empty-net goal. When the shots start flying, decide whether to make controlled positional saves, or commit to high risk athletic saves that may leave you vulnerable to secondary chances.