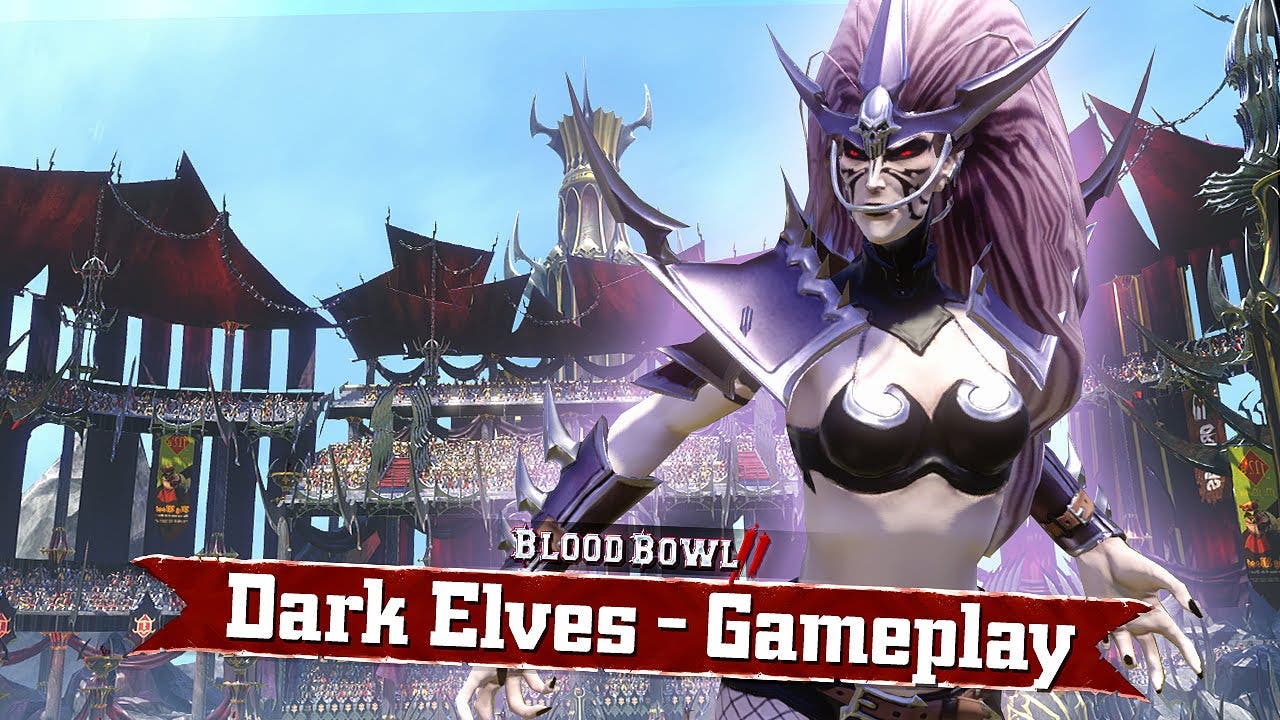 Blood Bowl 2, the sequel to the video game adaptation of Games Workshop‘s famous board game that combines American football with the fantasy world of Warhammer, today exposes the match philosophy of the Dark Elves!

Evil beyond belief, skilled without doubt, the Dark Elves take to the pitch to show the world their superiority. Dark Elf teams prefer a malevolent and spiteful running game over the passing of their goodly cousins. Backed up by the ruthless Witch Elves and dangerous assassins, a Dark Elf team has all the tools to power through rather than around any opposition line. Dark Elves are very agile, and each of their players is a potential thrower, catcher and more importantly, scorer. However, while they like to get up-close and personal on the pitch, they are definitely not the most resilient Blood Bowl players, and replacing a player who suffered an “accidental death” will cost you…

Blood Bowl 2 is currently available for pre-order, with a bonus, one of two additional races (the Wood Elves or the Lizardmen). Players who pre-order the game on Steam will also receive access to the Multiplayer Beta of the game, which will start a few weeks before release. Click here for more info.

Blood Bowl 2 will release on PS4, Xbox One and PC on September 22.