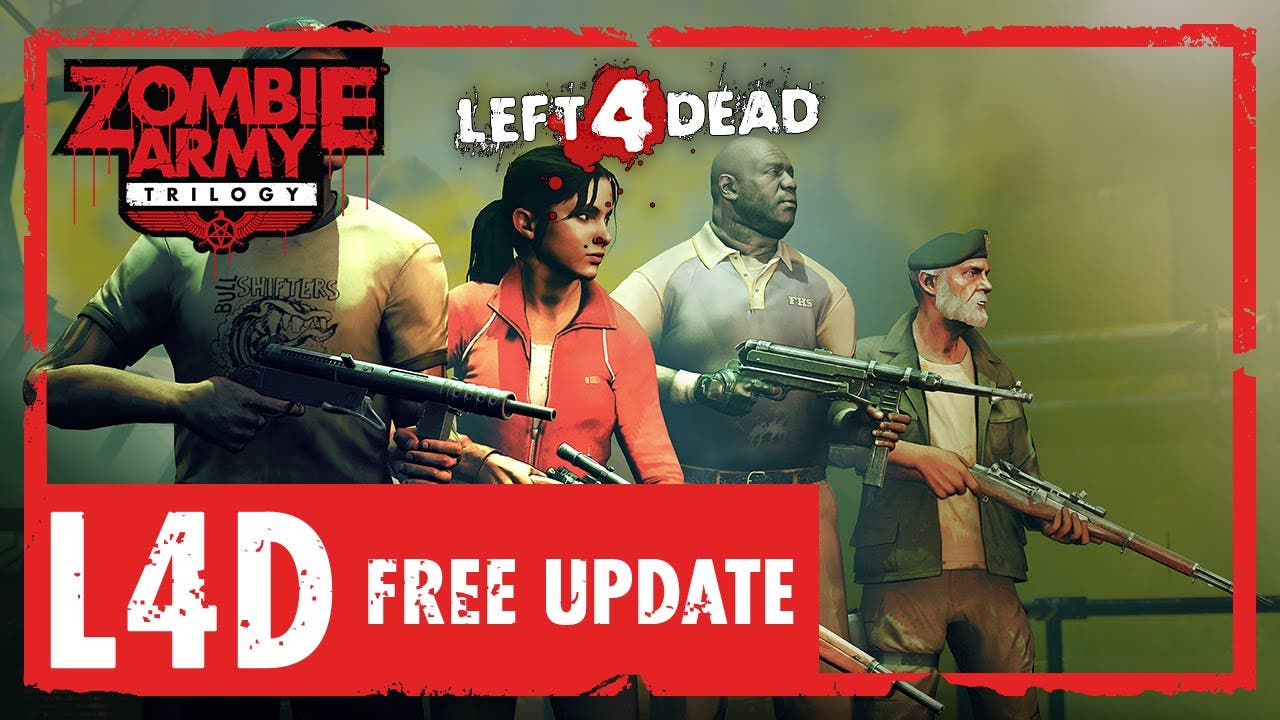 Rebellion and Valve are thrilled to reveal a mind-bending, time-shifting crossover between two beloved zombie-massacring series. Starting today, the survivors from Left 4 Dead and Left 4 Dead 2 are taking on the unholy hordes of 1945 as new playable characters in the PC edition of Zombie Army Trilogy as a FREE update for all players.

Owners of Zombie Army Trilogy PC can now choose from a titanic roster of 16 characters, including all 8 survivors from Left 4 Dead 1 & 2. Partner the Vietnam vet Bill Overbeck with grizzled Sniper Elite hero Karl Fairburne, or reunite the heroes of L4D1 for some spine-chilling co-op from a whole other time – whatever way you line up, you’ll need your wits about you to thwart the undead army of the Third Reich.

Wondering how the cast of Left 4 Dead 2 went from the present-day South to fighting Nazi undead hordes in 1945? Well, British comic book powerhouse 2000 AD has you covered with a free commemorative comic, and it’s also available to download now. Spoiler alert: Washed up U-boats and occult happenings abound!

Finally, to celebrate such a momentous day in zombie-slaying history, Steam is putting Zombie Army Trilogy on sale throughout the coming weekend, slashing the game’s price by a massive 66 percent. The sale starts today, August 20, at 1PM ET/6PM BST, and will run through until 1PM ET/6PM BST on Monday, August 24.

“We’re delighted to be able to bring such iconic characters to Zombie Army Trilogy,” said Rebellion CEO Jason Kingsley. “As thrilling zombie shooters designed to be enjoyed with friends, Zombie Army Trilogy and Left 4 Dead share a lot of common ground. Our offices are filled with people who enjoy Left 4 Dead during breaks, and at lunchtime you’ll usually hear a few yells of ‘Boomer!’

So we’re thrilled to be able to make this crossover happen, and I’m sure fans of both series will enjoy what is a match made in heaven – or should I say hell! Also, I’d like to thank the team at Valve who’ve allowed us to use their characters in this way. It has been a blast working with them all – thanks for being so cool.”