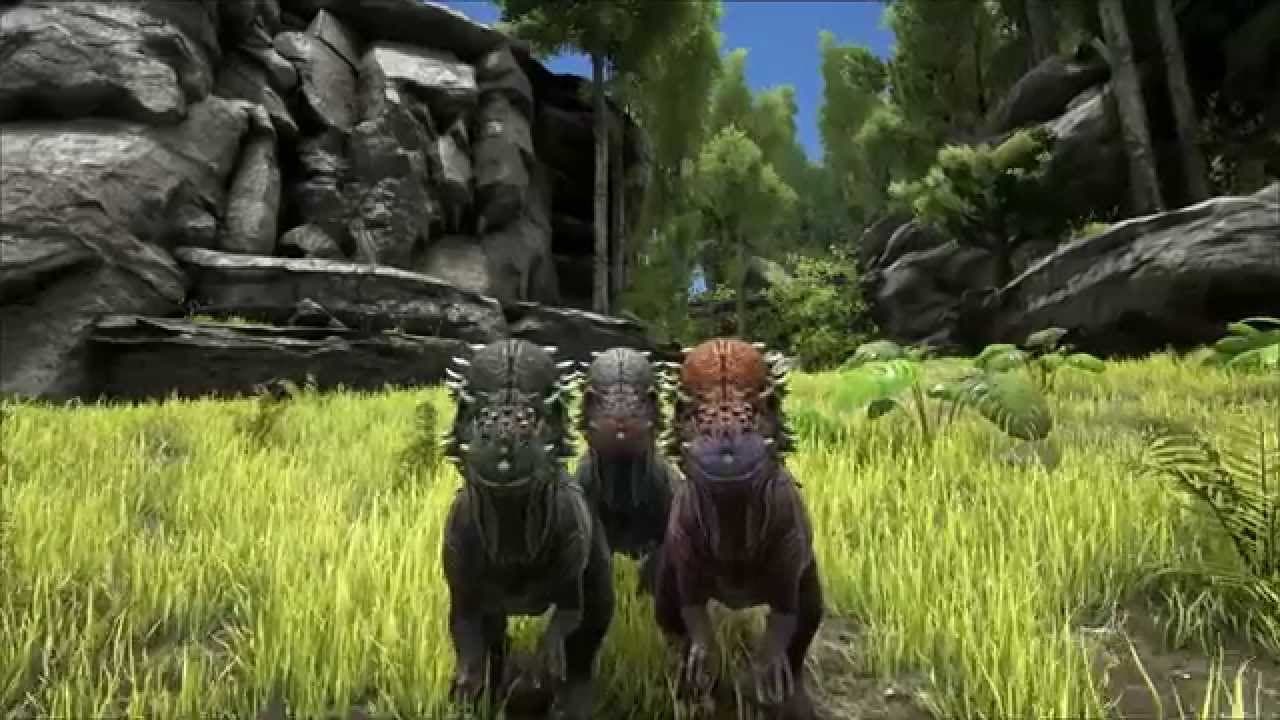 Furthering its relentless effort to expand the diversity of lifeforms on ARK: Survival Evolved, Studio Wildcard has brought forth the next creature from its extensive library of dino dossiers, the hard-charging, bone-headed Pachycephalosaurus (“Pachy” to its friends). For players who own ARK, update the game and find him hanging out within the Jungles and Grasslands.

The rather svelte Pachy is a nimble creature and easy-to-tame herbivore, with a singularly exceptional ability: it can execute a “charge” attack that rapidly builds speed, and the harder it hits anything with its bone-plated spiked skull, the more “torpor”-inducing damage it causes. It can even charge straight through structures with this powerful attack, making it a one-of-a-kind creature for quickly causing a KO on your enemies!

Also in today’s ARK “v207” update, among many new features, Studio Wildcard has added a Raft to explore the oceans & live a life at sea, and a massive new system for building structures on top of large platforms including mobile Bronto bases, providing Tribes with tremendous new tactical possibilities.

The most popular open-world Early Access game on Steam, ARK: Survival Evolved brings a new level of depth to the survival genre with a unique blend of emergent multiplayer cooperation and competition. Players awake naked and starving on the beach of a mysterious island among a herd of other confused humans and must explore the vast island of ARK to survive. What is the secret to survival?

Developed by Studio Wildcard, in conjunction with Instinct Games, ARK: Survival Evolved will launch in June 2016 on Xbox One via the ID@Xbox program, PlayStation®4 with Project Morpheus support, and full release on Steam. The game is currently in Steam’s Early Access program and includes Oculus Rift VR support and an integration of Steam community features such as Steam Economy and Steam Workshop for custom maps and mods. Players can host private/LAN servers and have access to a custom-built version of the Unreal Engine 4 Editor for creating mods. The world of ARK is designed to be modder-friendly and ever-expanding!