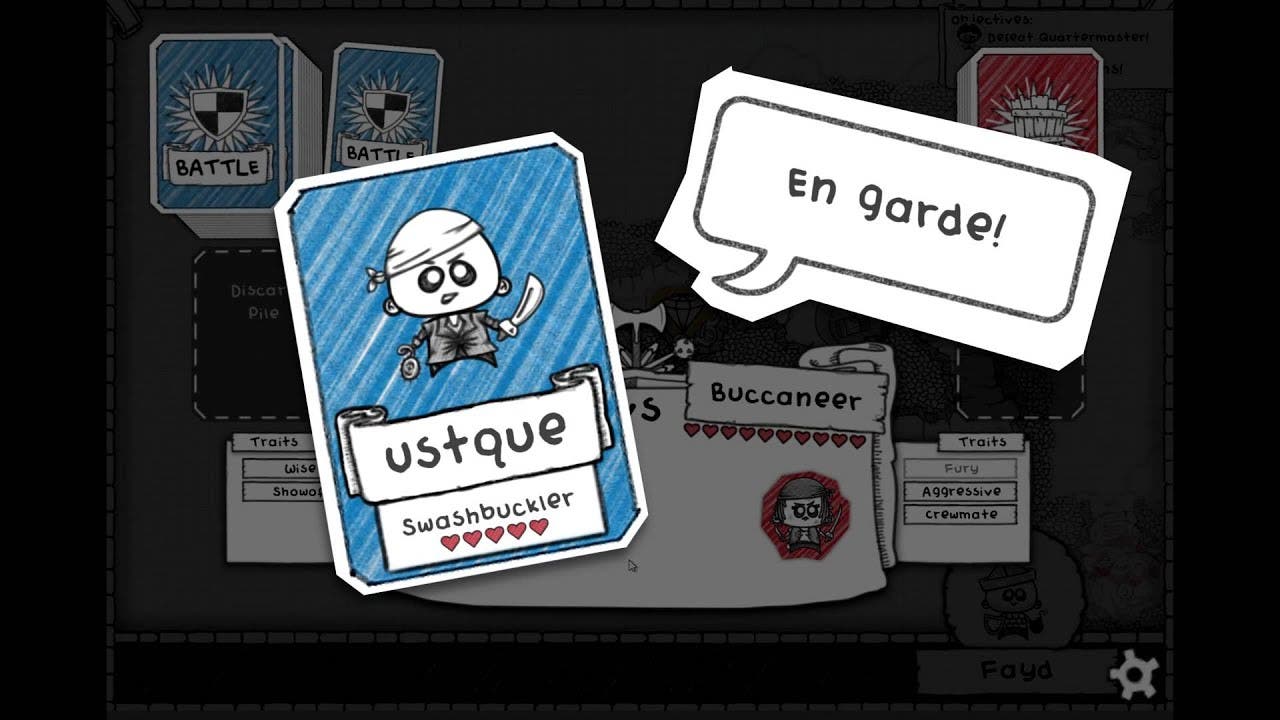 Gambrinous, in partnership with indie publishing powerhouse Versus Evil,has announced the release of their first expansion pack to the distinctive role-playing game (RPG) Guild of Dungeoneering for PC and Mac. ThePirates Cove Adventure Pack includes a brand new pirate themed region complete with 3 new dungeoneer classes to quest with, over 20 new monsters to defeat and new items to equip.  The game is available to buy on Steam, GoG.com and other online retailers for $4.99 (£3.99, €4,99, A$ 5.69, NZ$ 5.99).

“The reception to Guild of Dungeoneering has been overwhelming and we are really excited to see what fans think of our first expansion pack,” said Colm Larkin of Gambrinous. “Once we launched we did a huge number of updates based on community feedback and we feel that the game is in a really solid place.  This additional content delivers a lot of new game play and we think that dungeoneers world-wide will have a lot of fun with it.”

“Pirate’s Cove is a good indication to fans of Guild of Dungeoneering of what they can expect for the future of this game, good solid content additions at a great price” said Steve Escalante, GM of Versus Evil. “Gambrinous wanted to pack this adventure full of features that touch virtually every aspect of the game.  The new challenges, items you find and creatures you face continue this adventure which is just plain fun to play.  Stay tuned, they have more to come!”

Guild of Dungeoneering turns traditional dungeon crawling on its head by putting a new spin on classic game play – rather than controlling a dungeoneer, players build their dungeon around him (or indeed her). Using a random deck of cards, players can expand the dungeon and strategically place loot and monsters to lure their dungeoneer in the direction they want him to go.  When their dungeoneer confronts a monster (either willingly or not), battle lines are drawn and the victor will be decided on how cunning a player is with the hand that’s been dealt to them. Pirate’s Cove adds to this base level game experience and touches each of these systems; regions to explore, new dungeoneer classes, new items, monsters and guild growth.

Over time, as players collect enough gold and gain more experience, they will be able to build out their own Guild by adding rooms to attract more-powerful adventurers and unlock better weapons and special cards for their Guild deck all in the name of fame and fortune.