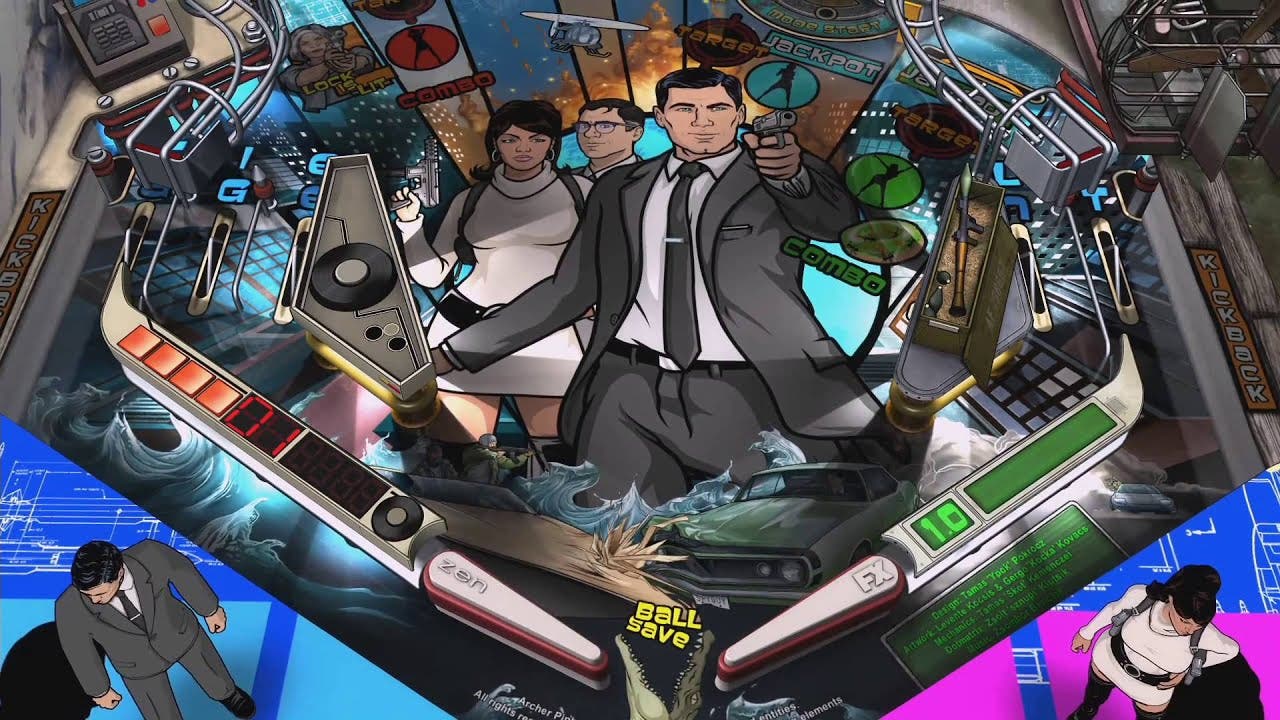 Zen Studios catapults players into the spy life with Archer Pinball, the final animated TV series joining the “Balls of Glory” Pinball pack, a new digital pinball collaboration with Fox Digital Entertainment. Check out the world’s greatest secret agent and his co-workers in the trailer below.

Zen Studios is also thrilled to reveal the “Balls of Glory” Pinball pack’s release during the week of October 20th on console, PC, and mobile platforms. Visit blog.zenstudios.com for more information, and get ready for some epic pinball action!