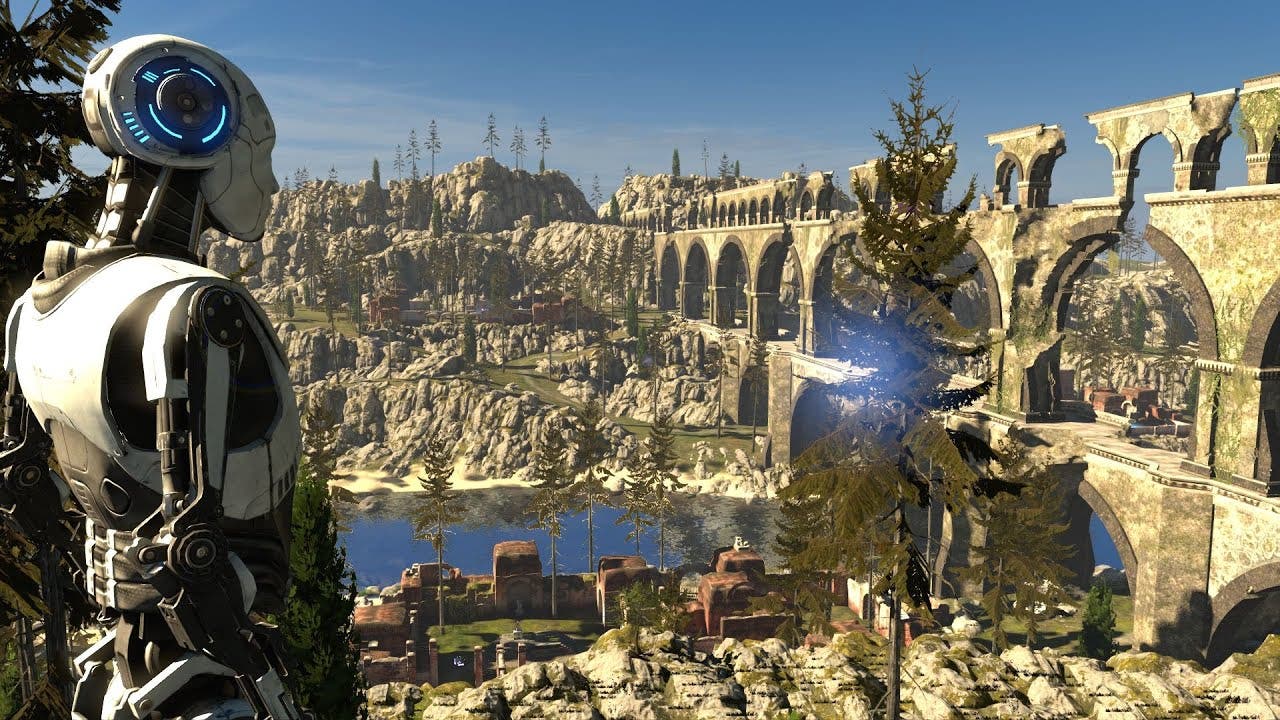 The Talos Principle: Deluxe Edition is now available on PlayStation 4

Nighthawk Interactive, in partnership with game developer Croteam and indie publisher Devolver, today announced the retail launch of The Talos Principle: Deluxe Edition for PlayStation© 4. Based on the award-winning PC game, written by Tom Jubert (FTL, The Swapper) and Jonas Kyratzes (Infinite Ocean), The Talos Principle is a cryptic and thought-provoking, metaphysical parable about intelligence and meaning in an inevitably doomed world. Following its late 2014 release on Steam, The Talos Principle immediately earned broad critical and player acclaim  and is now available on PS4 at GameStop, Best Buy, Amazon and other retail locations, and via download at the PlayStation© Store, in North and South America.

Players are woven into The Talos Principle on an existential journey as a sentient artificial intelligence placed in a simulation of humanitys greatest ruins, and linked together through an arcane cathedral. Guided by the ethereal voice of Elohim, players embark on a journey to discover whether machine and man are one by solving a series of increasingly complex puzzles in an artistically beautiful simulation.

The Talos Principle: The Deluxe Edition is the perfect game for audiences to lose themselves in the philosophy-driven, mind-bending world and puzzles created by the talented team at Croteam, said Joseph Sutton, president, Nighthawk Interactive. Its only a matter of time before PS4 fans will finally experience why the PC version, from renowned indie publisher Devolver Digital, quickly became a critically-acclaimed must-play for fans of deeply immersive, complex puzzle games.