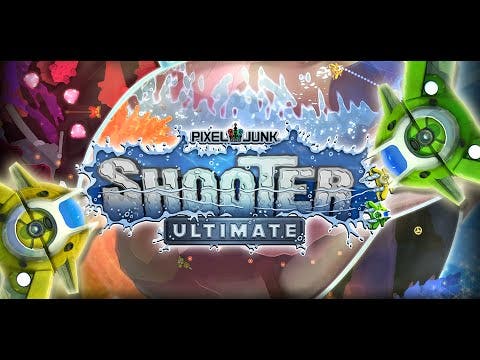 Double Eleven, in collaboration with Q-Games, are delighted to announce PixelJunk Shooter Ultimate, the twin stick shooter with equal elements action and puzzle solving, enjoyed by more than 1.4 million PlayStation owners, is now available on Steam for Windows PC.

In PixelJunk Shooter Ultimate, saving scientists and uncovering the mysteries of an ill-fated research trip requires players to study and manipulate their environment. They must use their spaceship to battle dangerous aliens and blast through rock and ice, unleashing floods of water, lava, gas, magnetic oil and even deadly stomach acid, all powered by an advanced fluid mechanics simulation.

The ‘Ultimate’ comes as a result of combining Q-Game’s critically acclaimed PixelJunk Shooterand PixelJunk Shooter 2 into one seamless experience. Shooter Ultimate features all of the levels from both games with a host of improvements, making the PC version of Ultimate what both developers refer to as the definitive edition.

Players now have the choice to switch between two art styles: the new semi-3D, environmentally lit graphics with other visual enhancements in the ‘Ultimate’ edition or the ‘Classic’ style of the original games.