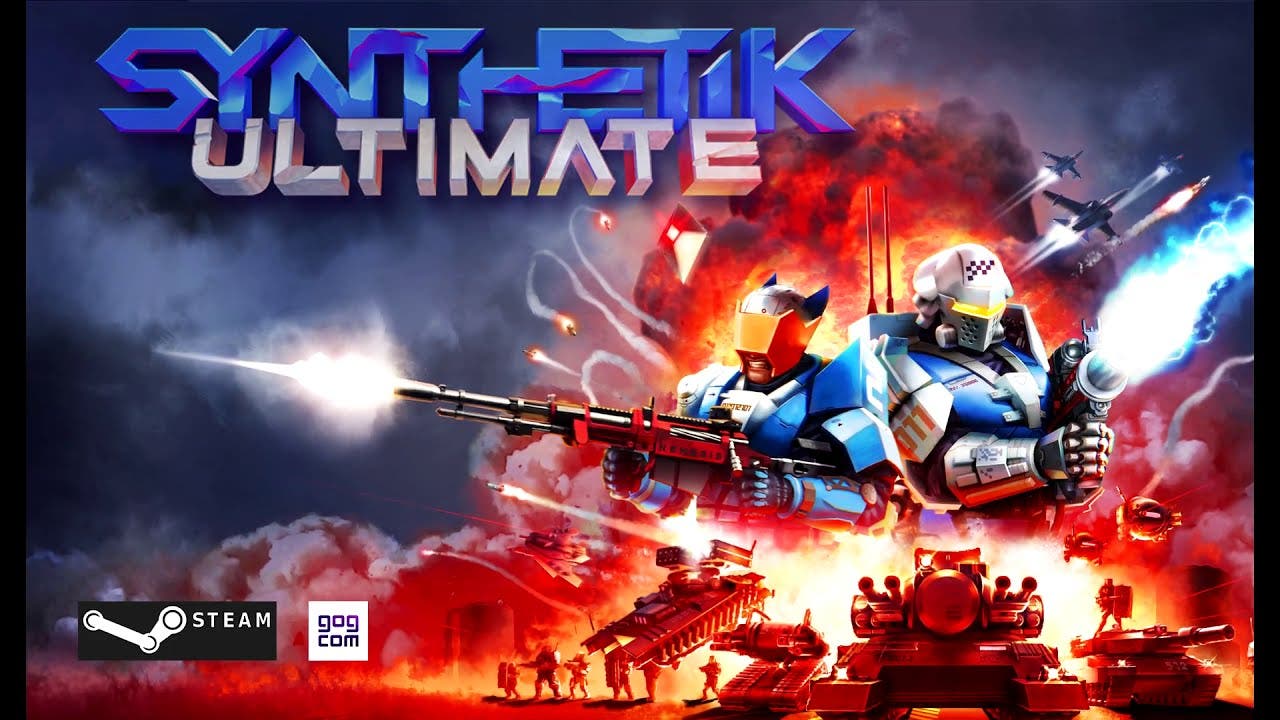 SYNTHETIK: Ultimate announced for Xbox One, PlayStation 4, and Switch with a free update coming to PC as well

The console versions will feature all content added to the PC version – SYNTHETIK: Legion Rising – since launch in multiple free expansions, including the new Ultimate Edition expansion announced today for PC as well!

SYNTHETIK: Ultimate is an unforgiving tactical shooter rogue-lite where freedom and experimentation is key. Fight to free a world overrun by the Machine Legion and their Gods. Experience the next level in top down gun-play and dive into an unparalleled variety of weapons, build options, and character upgrades.

SYNTHETIK has enjoyed a great reception on PC, with a 96% positive rating across 4,610 reviews! VG24/7 described it as “…a game shooter fans owe it to themselves to play.” Luckily, a whole lot of shooter fans are soon going to have the chance to play SYNTHETIK thanks to simultaneous launches of SYNTHETIK: Ultimate on Xbox One and Nintendo Switch™.

The classic skill-based shooter has been optimized by the developers for each platform, meaning the PC and console versions will have some differences. Console players will get to experience the thrilling SYNTHETIK: Ultimate single player experience, individually designed control schemes and full platform specific trimmings for each console.

“2020 has been a great year for us with more than 200k copies of SYNTHETIK sold on PC this year alone, and we’re looking forward to an even more exciting 2021 – we will reveal more about that soon! To celebrate we’ve wrapped up a great Christmas package for the end of the year as we release the Ultimate Edition expansion for SYNTHETIK: Legion Rising for PC and it arrives on consoles as well with the release of SYNTHETIK: Ultimate!

We think the Nintendo Switch™, Xbox One and PlayStation 4 are all excellent platforms for action games, and our mission is to offer these players a fast paced shooter experience with the purity of the action seen in old-school titles, combined with the replayability of a modern roguelike.”

SYNTHETIK: Ultimate will cost €14.99 on console.

To celebrate the console releases and reward the loyal SYNTHETIK community, there will be a 33% discount making it about €9.99 at launch, plus even more new content for both the console and PC versions of the game at console launch on December 16!

The Machine Legion and its Guns, Mechs and Robots are blasting their way to consoles in the most exciting release of the rogue-lite shooter seen yet! Make sure to pre-order SYNTHETIK: Ultimate on console for a discount or grab it on launch day: December 16!