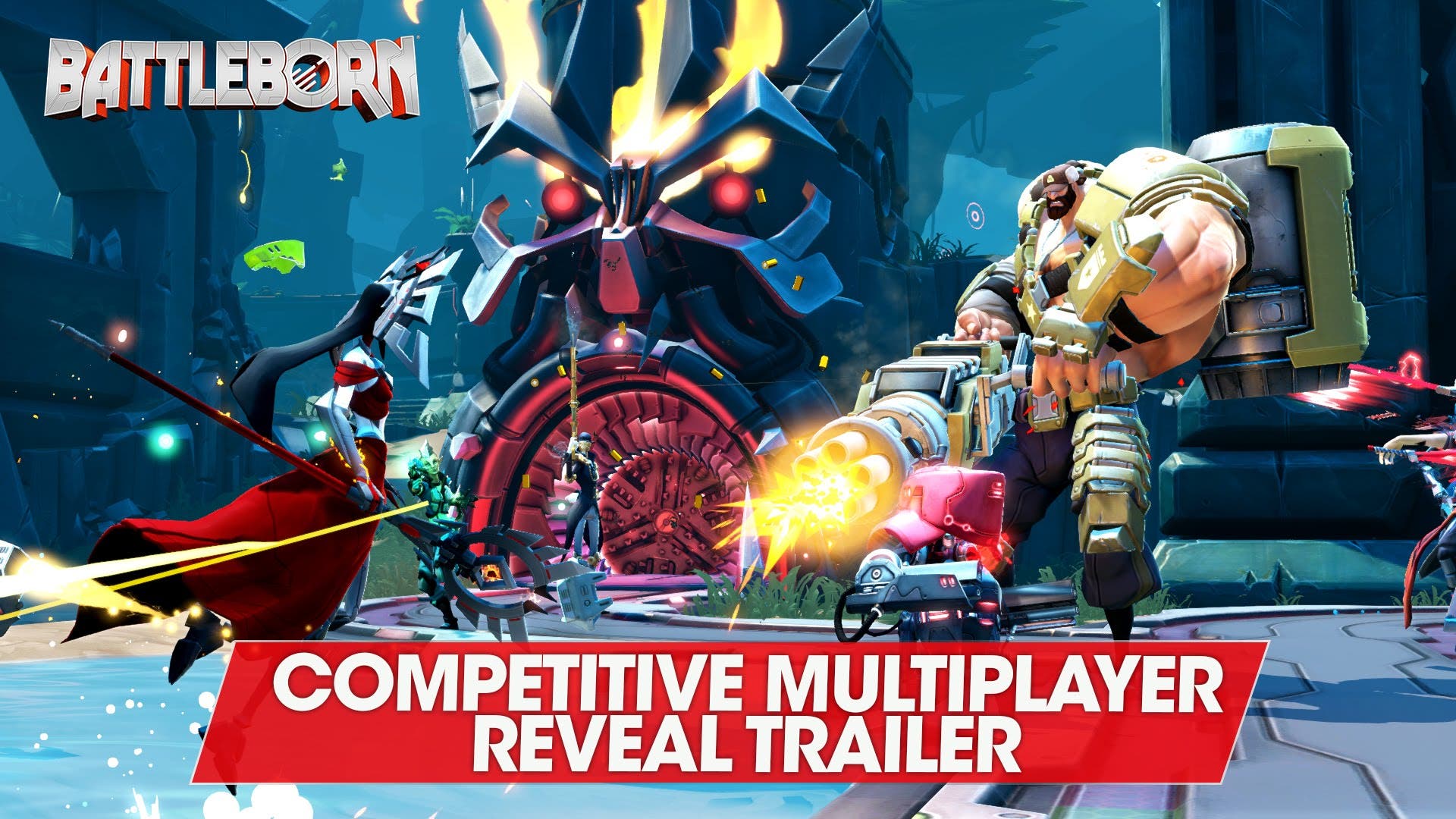 2K and Gearbox Software revealed the first look at Battleborn’s three competitive multiplayer modes – Capture, Meltdown, and Incursion – through an all-new trailer during PlayStation’s Paris Games Week press conference today in Paris, France. Additionally, the companies announced that the Battleborn Open Beta is coming in 2016 on all available platforms and can be experienced first on the PlayStation 4 computer entertainment system through exclusive early access. The Open Beta will also be available on PC and Xbox One, and more details will be released soon.

Battleborn’s team-based competitive multiplayer action can be experienced by up to 10 players online in 5v5 matches, and includes three distinct multiplayer modes.

Additionally, a smaller, closed technical test for the game begins this Thursday, October 29 at 1PM ET on PS4, Xbox One, and PC and will give players the chance to try out Battleborn’s Meltdown competitive multiplayer mode, as well as experience a new Story Mission called “The Algorithm” with 15 of the game’s 25 playable heroes. Players can register to help test the game at http://rsvp.battleborn.com, and full details about the content that’s available in the closed technical test can be found on the official Battleborn blog.

On the heels of this news, 2K and Gearbox also revealed ISIC, the powerful spirit-mech, as a new playable character that is one the game’s 25 playable heroes. Once the lead manufacturing Magnus of Minion Robotics, ISIC abandoned his post to crash reality itself through the application of unthinkably complex code. Though debugged by Kleese, this Magnus is still regarded as among the most nihilistic and terrifying of theBattleborn. Complete details about ISIC are available on the official Battleborn blog.

Battleborn is not yet rated by the ESRB and will be available on February 9, 2016 for the PlayStation 4 computer entertainment system, Xbox One, and PC.