While Halloween haunts Valhalla Hills until mid-November and skeletons walk among the Vikings, the people can also look forward to more friendly new neighbors! Today’s update of the Viking strategy-simulation by Daedalic Entertainment and Funatics introduces the toolmaker and the weapon smith. Your Vikings no longer need to craft tools and weapons on their own, but can now commission them from experts. Since many jobs need the right tools and weapons, craftsmen like these are essential for a healthy settlement.

You can find all updates in the recent patch notes. New screenshots can be found here.

Valhalla Hills is already available in Steam’s Early Access and will have its final release on November 19th. 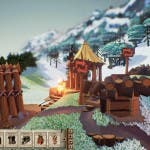 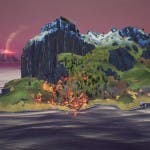 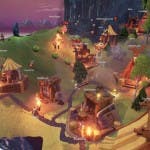 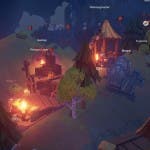 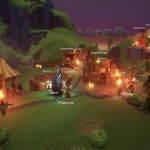 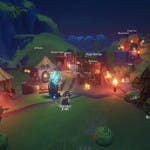 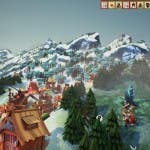 Valhalla Hills is a modern strategy game inspired by classic game designs like “The Settlers II” or “Cultures”.

The player has to lead the exiled Viking heroes to the highest peak of a mountain, where a magic portal leads the way to Valhalla. But the Vikings need to do one thing first: survive!

The player has to face the dangers and challenges of the harsh mountains and find a way to the peak. Since the Vikings wouldn’t last long in the mountains, they have to take care of clothing, food and shelter and defend against ghostly mountain dwellers and wild beasts. These sturdy people have their own head and since a good keg of mead is a solid reason to slack around, all this is easier said than done. However, another threat looms, sailing in from the ocean…