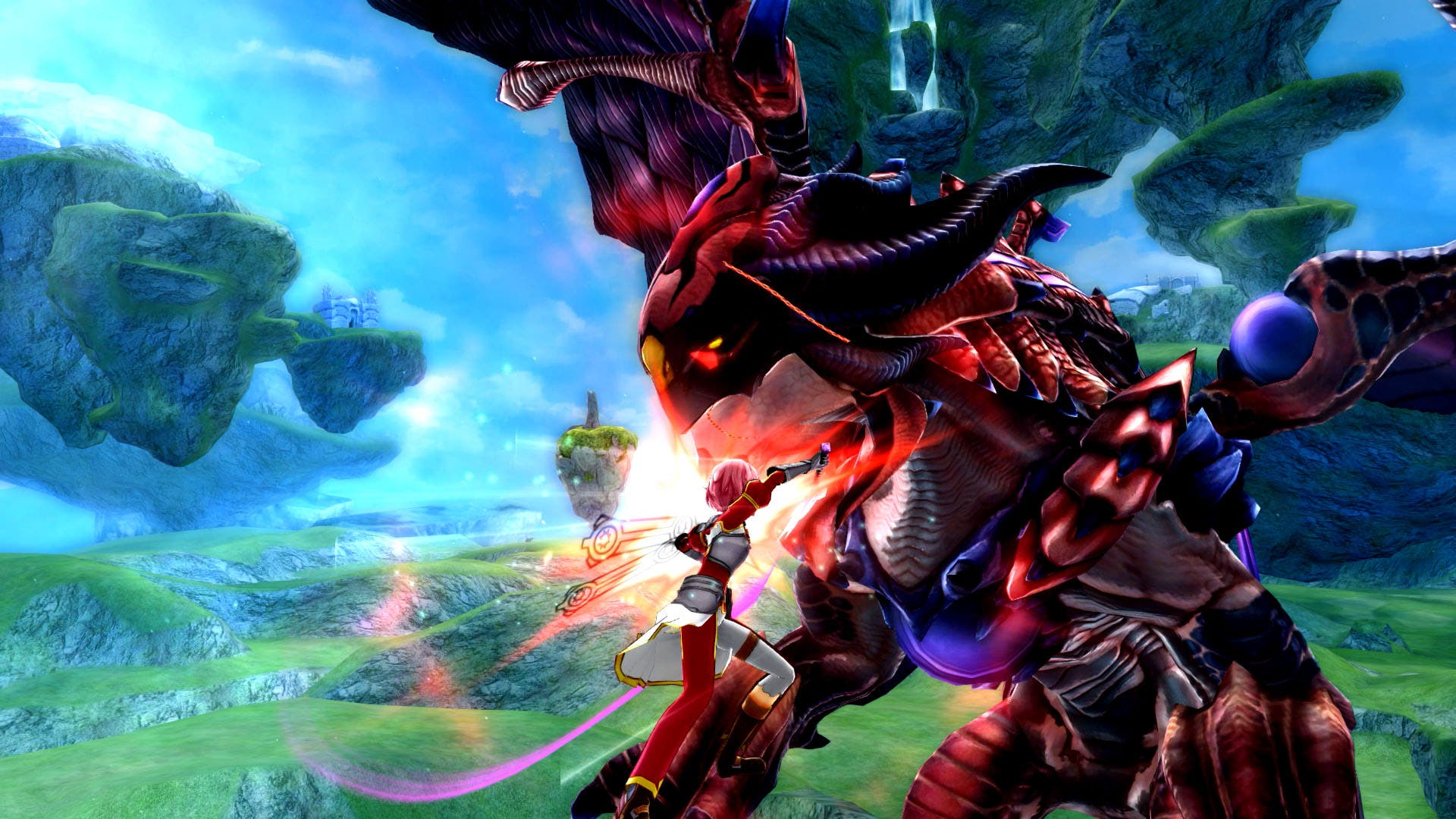 Hi, my name is Justin and I do not watch the anime this game is based off of. That said, I did find some enjoyment in the game Sword Art Online Hollow Fragment. It took an extended and alternate storyline to the ending of the series and expanded on the idea and franchise. It was a fun experience, but one that seemed a bit average at times if not repetitive. Do I find the same results with this sequel? Yes and no. Lost Song starts on the idea that the players from the initial incident in the anime, who were once stuck in a MMO online for 2 years, are now back into the world of gaming. I don’t know if I could ever personally play a videogame again if I knew it killed my friends and had the potential to kill me in real life, but as some people know, MMO games can be addictive and even deadly. Life, imitating art, imitating life, quite possibly.

My immediate problem with the game is that it is extremely slow to start. Characters are constantly introduced from the series and with the ability to play as a ton of them. This is good for fans of the franchise, and it does get someone with less experience with the anime to understand a bit on personality types. Each character has their character and charm and all spoken in the native language, so don’t expect English dialog as far as voice acting is concerned.  The problem is that this just goes on and on for hours. Players do get to do battle and explore the world but again it all comes at a very extremely slow pace. Did I mention repetition from the first game, because it’s back in Lost Song. When players are not in the main town continuing the plot, updating equipment, or taking on side quest jobs, the main exploration field will be where the majority of time will be spend. This is where I start to have fun with the game.  Combat is fairly typical and even a bit monotonous. Yes there are different moves eventually unlocked and different weapon sets with the various characters, but it all comes out feeling mostly the same. Two other character accompany players on their quest and can be switched out for others from the rather large roster, its ok to pick favorites.  While they will help out in battle and even hold their own ground, sometimes they need a push from the command issue to charge a common enemy or defend. I sometimes used this and sometimes not, it felt like it didn’t matter for normal enemies, but some of the boss encounters seemed a bit more necessary.

Taking flight is the big change here from the previous game and with its more open, vertical maps to explore. This is the element I absolutely loved about the game. Flying is fun and limited to a meter, but players will find it recharges fairly quickly and moving around is just a joy. Dashing into enemies is satisfying and fighting seem quicker and faster paced when players take flight.  It’s all the more disappointing then when tasked to enter a dungeon and the power of flight is stripped away and replaced with switches to hit and fairly typical level design is at play. Sword Art Online Lost Song has some fun elements to it, but repetition along with some very middling graphics and the extremely slow start just didn’t lead me to have as much fun with the core game as I expected. Every time I took flight to the sky and did battles there I was having a grand time soaring the sky, sometimes going “twice as high”. Yet everything else just let me down, quite literally and for that it only left me with a feeling of just average all around. I can see fans of the show loving the tie-ins and world building this does for a franchise they love and for that could probably add an additional star to the review score. For me and others looking for the next great new RPG experience without the license tie in, will have to look elsewhere.