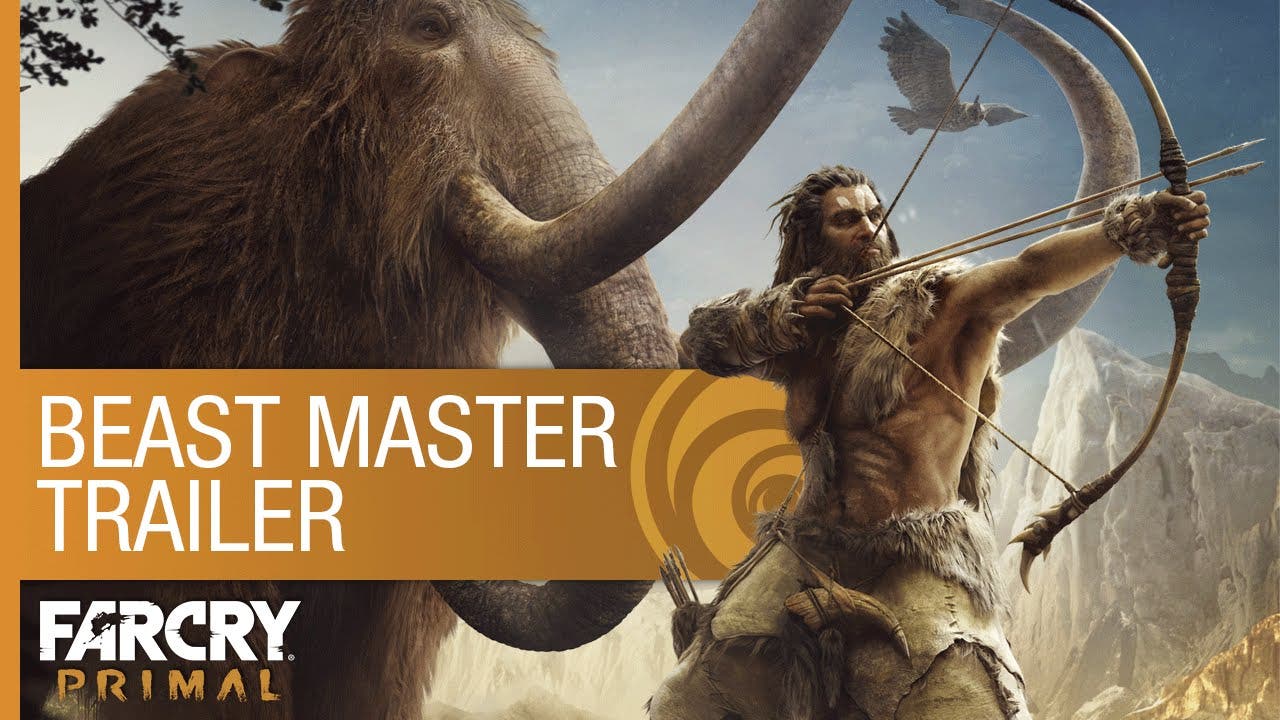 Today, Ubisoft has revealed Beast Master, a new feature empowering players to tame predators they find in the open world and use them as weapons. From wolves to sabretooth tigers to cave bears, and yes, even the honey badger, players will be able to summon these animals at any moment and use them as they prefer, from taking down their enemy, scouting the area, or acting as a distraction during battle and hunts. With those animals at his side, the player will have many opportunities to fight and try defeating his enemies to take back control over all Oros.

The Far Cry Primal Deluxe Edition with Steelbook is the ultimate package for fans to get access to all digital content available and the exclusive collectible Primal Steelbook.

Digital Content: all digital content available, a complete pack of ”Legend of the mammoth” missions, a new weapon and 4 enhancements packs.

Far Cry Primal brings players back to the Stone Age, a time of extreme danger and limitless adventure, when giant mammoths and sabretooth tigers ruled the Earth, a time when humans were not at the top of the food chain but were fighting to climb it. As the last survivor of his hunting group, the player will learn to craft a deadly arsenal, fend off fierce predators, and outsmart enemy tribes to conquer the land of Oros and become the Apex Predator.