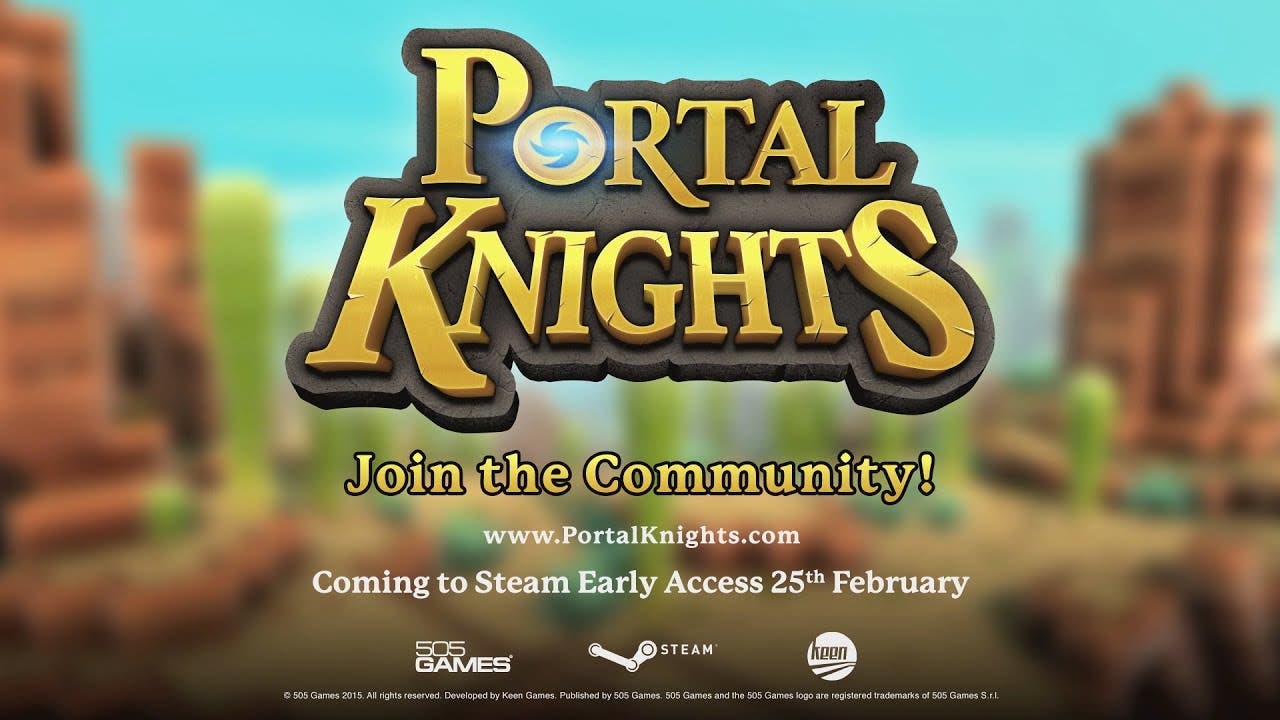 The PORTAL KNIGHTS adventure begins as players create their character as a Warrior, Mage or Ranger from a multitude of customization opportunities that can be continually enhanced throughout the game. Once a character is created, players are immersed into the world of fun and fantasy with dozens of randomly generated environments, each one uniquely populated with enemies to vanquish, treasures to discover and resources to mine. Across this dangerous ruinous world, the action-packed journey features an interconnected web of ancient portals inviting players to craft, battle and build their own adventure on a quest to become the ultimate PORTAL KNIGHT!

PORTAL KNIGHTS is an exciting newly created intellectual property adding to 505 Games’ broad portfolio of popular titles and was developed by Keen Games of Frankfurt, Germany.

PORTAL KNIGHTS will be available via Early Access on February 25, 2016 on PC (Steam). To learn more or to join the Portal Knights community, log on to www.portalknights.com.