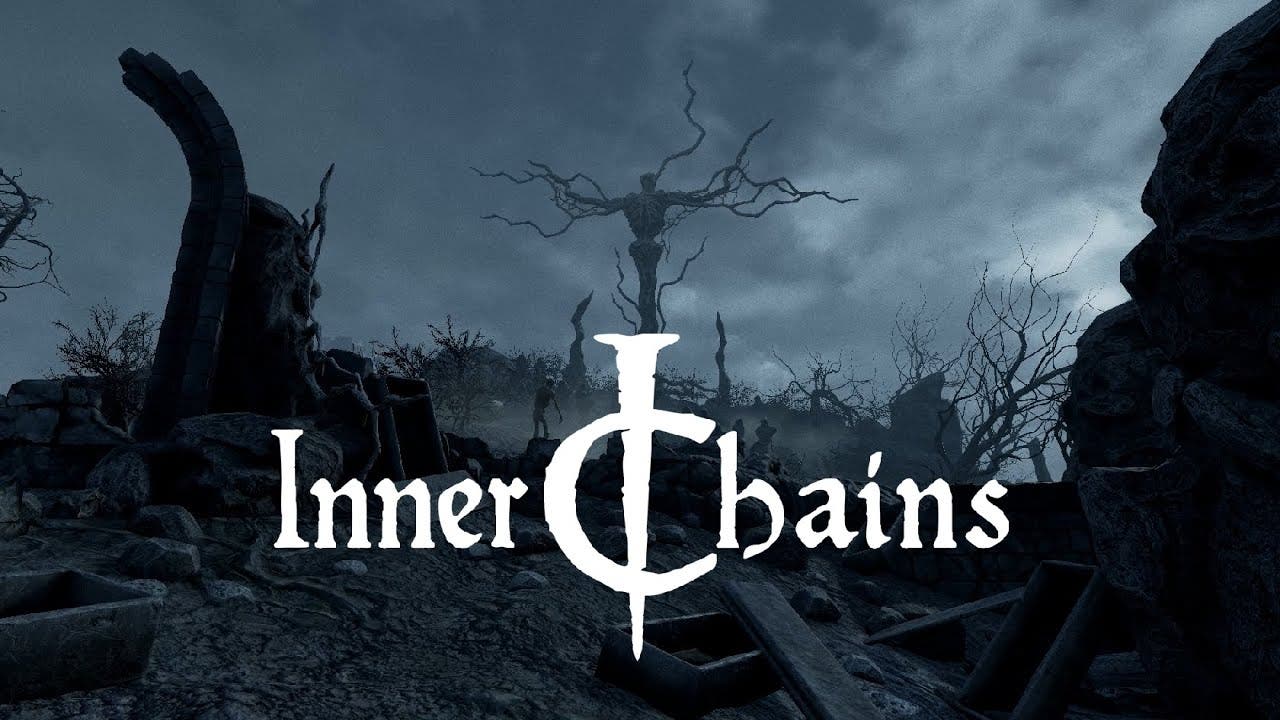 Inner Chains is on Kickstarter, worth funding for this horror FPS

It’s been a while since the announcement of Inner Chains – the FPS horror game set in an unparalleled surreal biomechanical world. The Telepaths’ Tree developers have kept it quiet, but that doesn’t mean they haven’t been working on the title. Quite the contrary, in fact, and today they’re back with three huge announcements. Inner Chains’ first trailer showing the gameplay mechanics is now available for your viewing pleasure, the Kickstarter campaign for the project has just launched, and you can now also vote for the game on Steam Greenlight.

Watch the jaw-dropping gameplay trailer HERE and if afterwards you’re in the mood to throw your money at the monitor, rush to the games’ KICKSTARTER page instead and support the developers there – especially if you’re interested in discovering what arsenal will be at your disposal and the nasty creatures you’ll be able to eliminate with it.

And don’t forget to vote for the game on STEAM GREENLIGHT as it’s yet another way you can support the developers and help bring Inner Chains to life.

There is an old saying that the appetite grows by what it feeds on and that’s certainly the case with the Telepaths’ Tree developers. The Inner Chains announcement in September last year created quite a buzz, proving that there’s huge potential in the game’s universe and the idea behind it. But to unleash it, to let it shine and truly spread its wings, in other words to make Inner Chains as good as it possibly can be, the support of the gamers is needed.

Kickstarter these days is not easy and the developers have been thinking for months about whether it’s the right decision for them to launch the campaign. They’ve also been looking for other solutions, but none of the available options guaranteed as much creative freedom as the talented team at Telepaths’ Tree requires. They know exactly what and how they want to achieve and their experience guarantees that with a little support from the awesome gaming community they will succeed.

Especially as they aren’t asking for much. The main Kickstarter goal has been set at $10,000, with amazing rewards offered in return. This amount is needed for the animation and FX tweaking of the additional elements that were designed at a later stage, when the work on the game was already advanced. They will add the final touch that will make Inner Chains a truly breathtaking experience.

Our plans regarding Inner Chains’ scale were less ambitious when we first started working on the project than they are now. But then the game announcement went live and the amount of positive feedback we got motivated us massively and gave us an additional boost. It was then that we decided to focus entirely on this project, put everything else aside, and create an absolutely unique game that would stand out from other similar titles. Our main goal will allow us to polish some new, additional in-game elements that will make Inner Chains a truly outstanding experience. Of course we also have some aces up our sleeves and some of them were listed as our stretch goals – says Tomasz Strzałkowski, CEO of Telepaths’ Tree.

Inner Chains is an FPS horror game set in a surreal, dark, and deadly biomechanical world that resembles nothing you have ever encountered. In the world of Inner Chains, you don’t get to set the rules. You are just a small part of a hostile, unwelcoming universe. If you want to survive, the only thing you can do is to try to discover its secrets.

As one of the inhabitants of this world, your head is filled with the teachings of the Ruling Caste. You have only one goal: to get to a mythical place called the Last Hope and leave this sick, degenerated, dying planet once and for all. You embark on your journey full of fanatical zeal, but soon it becomes clear that nothing is what it seems in this strange world. To discover your role in it, you’ll have to fight for survival, face hostile fauna and flora, overcome your own weaknesses, remain vigilant to your surroundings, and explore the secrets of the game’s world. Your survival depends entirely on your watchfulness, logical judgment, quick reflexes, accuracy, and your ability to use your surroundings to your advantage.

Forgotten ruins and caves in the mountains, a dangerous forest where both flora and fauna lie in wait to attack you, and numerous religious sites and majestic temples adapted by the Ruling Caste, whose existence and goals hide many dark secrets – in the vast, surreal world of Inner Chains you’ll visit all these places and learn their unique histories, arming yourself with knowledge which will help you in your ultimate battle with the enemy.

And thanks to the innovative VR support, you will be able to immerse yourself entirely in the world of Inner Chains. An enhanced visual experience and powerful music will merge you with this world – a real hero traversing its expanse to unravel its mysteries.