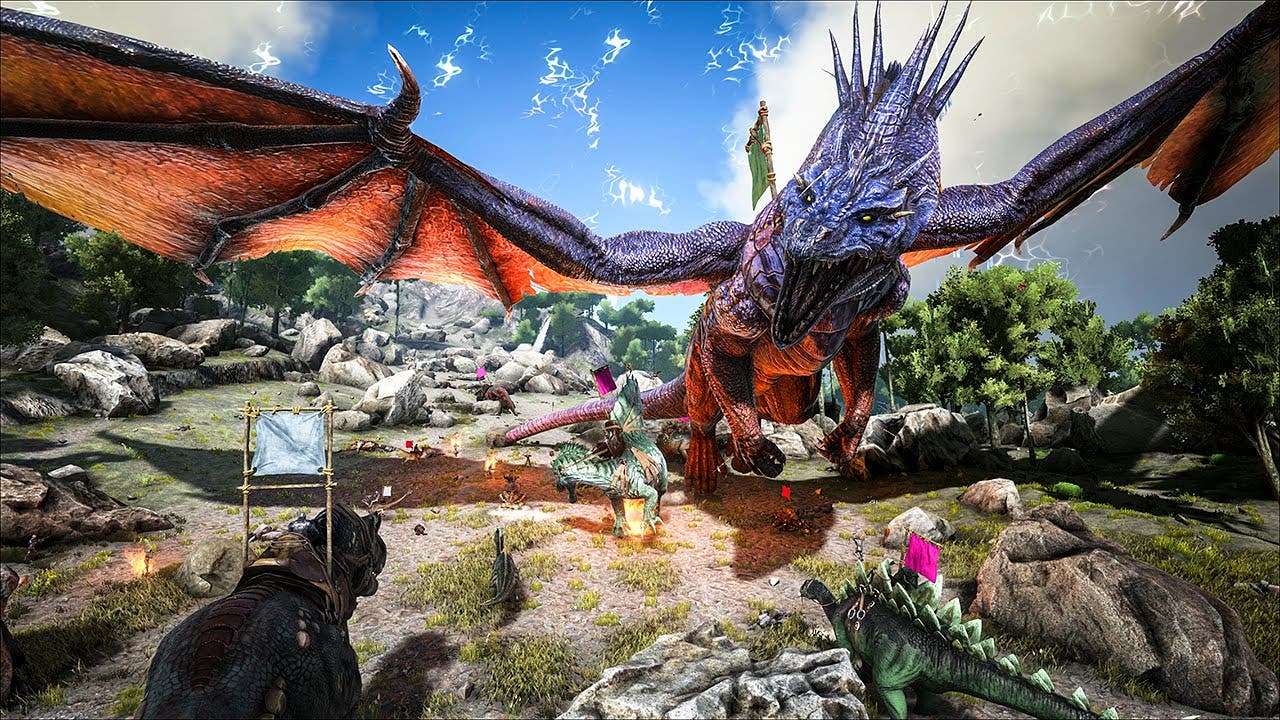 Studio Wildcard, the dev team that created the smash hit ARK: Survival Evolved (PC, Xbox One, PS4), is taking dinosaur survival mayhem into the new era of eSports. Available now on Steam Early Access and in-development for consoles, ARK: Survival of the Fittest is a free, standalone, multiplayer online survival arena (M.O.S.A.) game that pits as many as 72 combatants against one another in spontaneous Hunger Games-style competitions within a closed battlefield.

“Following the success of the tournaments we hosted last fall, we saw valuable community feedback about other competitive features they wanted to see implemented,” said Jesse Rapczak, co-founder, co-creative director, Studio Wildcard. “Now with shorter matches, four new game modes, rapid dino taming and more, we felt it was time to let people come in to test it for themselves. Not only can you play for free, but we’re offering cash prizes for the top players in each Survivor League, so ARK survivors can potentially start playing their favorite game professionally!”

Built for the burgeoning wild west of eSports competition, ARK: SotF challenges gamers to fight each other and the Jurassic environment that players loved in ARK: Survival Evolved. However, rather than a huge open world to survive in, this newly refactored game is an epic dinosaur survival arena with a continually shrinking “ring of death.” In the end, survivors are eventually pushed into an epic final showdown where only one “Tribe” will make it out alive.

Survivors can form one- to six-person Tribes with the options to choose Unofficial and Official (Ranked) servers, and a variety of game-lengths and sizes in which to play. Players will start in the base forest environment introduced in the original ARK: Survival Evolved, with new environments and creatures introduced regularly as the game evolves. Dedicated eSport ranking, matchmaking, reward, and tournament features make ARK: SotF readily accessible to all players.

As part of the ongoing Survival of the Fittest eSport competitive initiative, each month the Top-10 Ranked players in each game mode’s “Survivor League” will be awarded cash prize winnings corresponding to their Ranked placement. The ongoing Rankings for these elite titles will be visible in real-time on SurviveTheArk.com at launch.

Balanced for intense competition, Survival of the Fittest contestants begin in a neutral staging area where they can communicate pre-game, strategize, or talk trash. After a count-down, they dramatically descend from the sky onto the ARK in a circular formation via beams of light. There is a cache of valuable items in the center – do survivors dash for the goods and fight it out, do they run into the forest and hide, search for dinosaurs to rapidly build their army, or do they freeze up from the sheer terror of death? The continually shrinking arena boundaries force contestants ever closer together over time. The hunt is on!