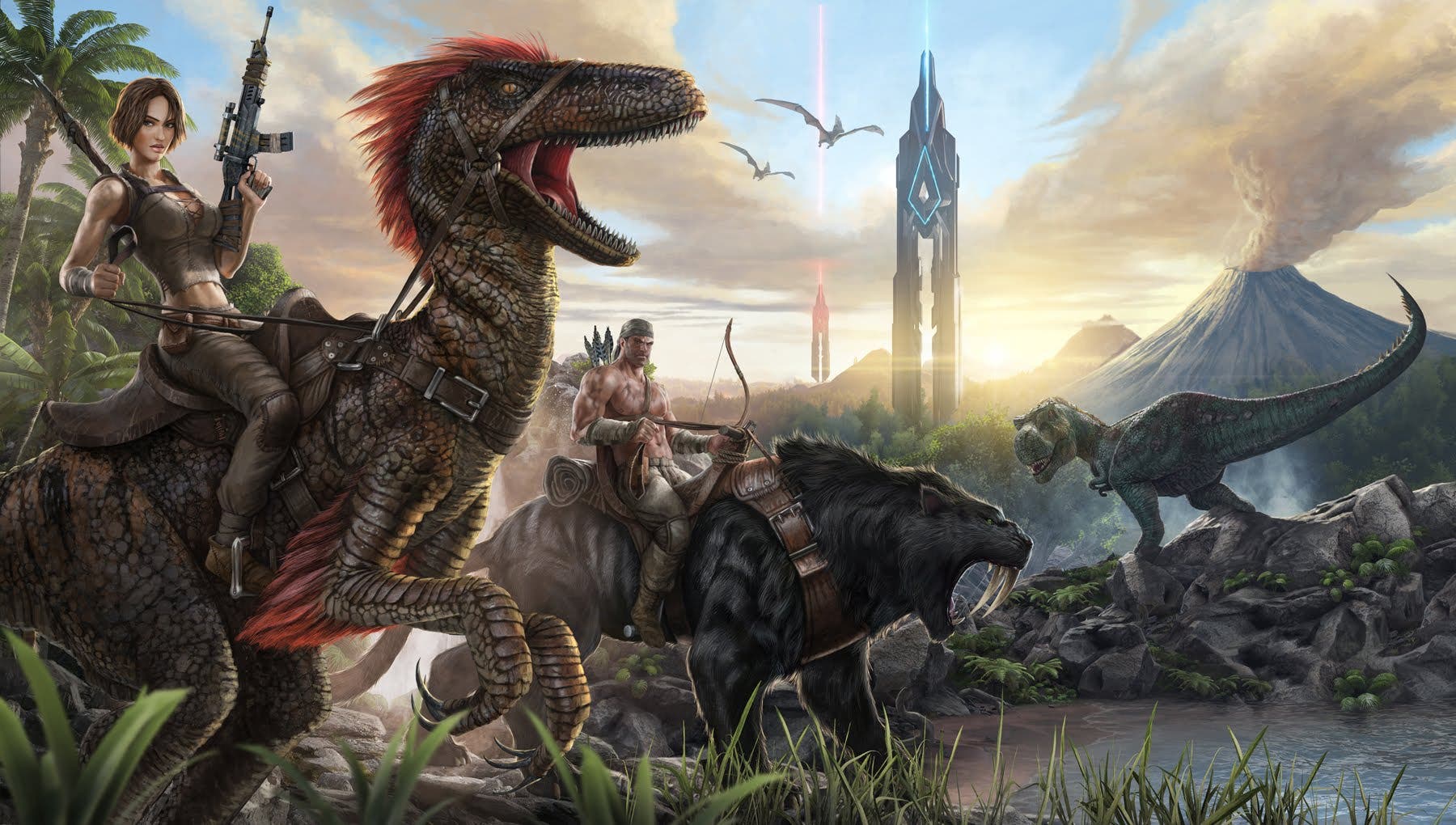 Independent developer Studio Wildcard has pulled back the curtains on its Jurassic creation today with the announcement of ARK: Survival Evolved, an open-world dinosaur survival game where players fight for every breath amongst the most ferocious creatures to ever walk the earth. In development for PlayStation®4 computer entertainment system, Xbox One, the all-in-one game and entertainment system from Microsoft, Windows PC, Mac, and Linux, ARK: Survival Evolved will launch on Steam’s Early Access program June 2, 2015, for survivors to begin exploring the vast, formidable environment and its many secrets.

Powered by Unreal Engine 4, ARK: Survival Evolved takes on the survival genre with a unique blend of emergent multiplayer cooperation and competition. Players awake naked and starving on the beach of a mysterious island among a herd of other confused humans. On ARK, they must then hunt, harvest, craft, research technology, and build shelters to protect against scorching days, freezing nights, volatile weather systems, dangerous wildlife, and potential enemies.

Use cunning strategy and tactics to tame and ride the many dinosaurs and other primeval creatures roaming the dynamic, persistent ecosystems across land, sea, air, and even underground. Build your character’s strengths and gain items, skills, and pet creatures using in-depth role-playing systems. Start a tribe with hundreds of other players to survive and dominate competing tribes…and ultimately discover the ARK’s true purpose.

“ARK taps into the scale, size, and wildly unpredictable nature of the dinosaur eras like no other game before it, then pairs it with the wonders of exploration and technological discovery,” said Jesse Rapczak, co-founder and co-creative director, Studio Wildcard. “We’re particularly excited to bring ARK to consoles, as open-world survival gameplay is typically found solely in PC games.”

Tame one of 60 amazing dinosaurs and other prehistoric beasts, including gargantuan creatures on a scale never before seen in video games! Fly a Pterodactyl squadron over the snow-capped mountains, race through the deep jungle with your pack of trained Raptors, tromp through a fortified enemy base along a convoy of gigantic Brontosaurus, or chase down prey on the back of a raging T-Rex. Players will quickly learn that dinosaurs aren’t the only dangerous creatures on the island. Other players are organizing rebel tribes to accumulate resources, experience, re-spawn points, and to construct sprawling villages and cities, with technology spanning the primitive stone-age to the modern electric-powered era and beyond. And they will fight to destroy anything they see as a threat.