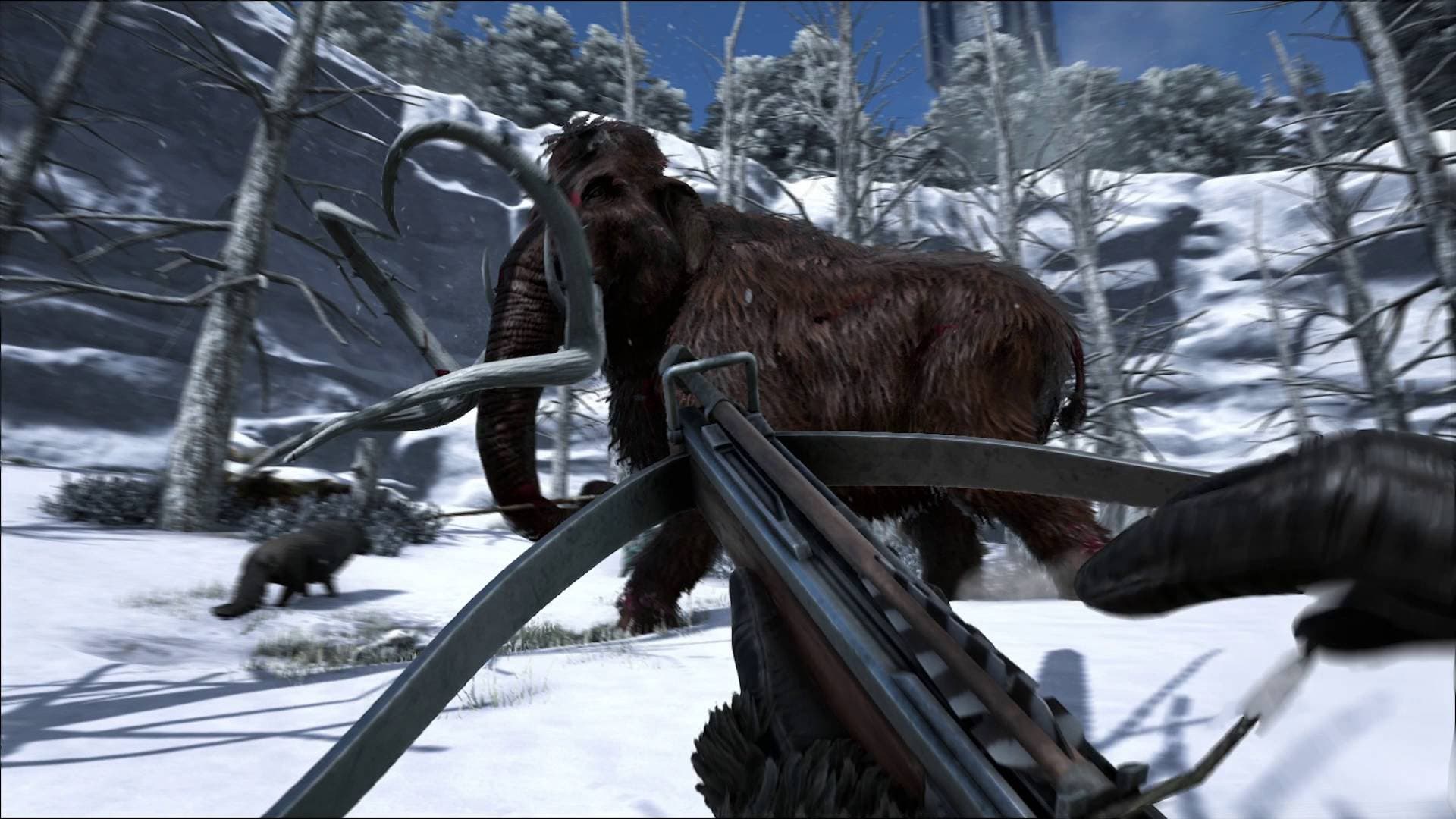 ARK: Survival Evolved comes to Xbox One in Game Preview

Studio Wildcard, the team that never sleeps, is proud to hand deliver today the dinosaur-sized present Xbox One players have been waiting for — the first-ever online survival game to consoles with ARK: Survival Evolved. Launching today on Xbox Game Preview, players can now dive into this dynamic ecosystem where they will craft weapons, clothing, and tools, build multi-story houses, join and commune with other tribes, and tame, train, ride, and breed dinosaurs.

ARK: Survival Evolved is available now for download on Xbox Game Preview for $34.99 and includes all the content of its PC counterpart. Xbox One players will receive exclusive content including a Bionic “Tek” T-Rex, Safari Hat, and Survivor’s Trophy, free access to Xbox-specific ARK official servers (up to 70 can play on a server simultaneously), and a steady delivery of exclusive Xbox One content prior to full game launch in June 2016.

The world of ARK is constantly evolving and the development team loves feedback. Players can join the ARK discussion now by visiting the newly launched Xbox One forums on survivetheark.com/forums/.

Built on Unreal Engine 4, ARK takes on the survival genre with a unique blend of emergent multiplayer cooperation and competition. Players awake naked and starving on a mysterious island, and must hunt, harvest, craft items, grow crops, and build shelters to survive. Tame as many as 100 amazing dinosaurs and other prehistoric beasts, including gargantuan creatures on a scale never before seen in video games! Fly a Pterodactyl squadron over snow-capped mountains, race through deep jungles with your pack of trained Raptors, tromp through a fortified enemy base with a convoy of gigantic Brontosaurus, or chase down prey on the back of a raging T-Rex.

ARK: Survival Evolved is expected to officially launch in June 2016 on Xbox One via the ID@Xbox program, Steam and on PlayStation®4 with Project Morpheus support.