Razer releases their most powerful Razer Blade yet, pre-orders start today and ship in April Razer™, a world leader in connected devices and software for gamers, today announced its new Razer Blade gaming laptop. The Blade’s specs have been improved across the board from its predecessor, and it is now more affordable than ever before.

All Razer Blade models also come with a stunning 3200×1800 QHD+ display. The laptop remains 0.70 inches thin, but now weighs only 4.25 pounds, making it even more portable than previous generations. The screen and internals are housed in a CNC-milled aircraft grade aluminum chassis.

The Razer Blade – following Razer’s Blade Stealth Ultrabook – will be the second laptop in the world equipped with individually backlit RGB keys. Millions of color options for the anti-ghosted keyboard are available thanks to Razer’s Chroma technology.

All Razer Chroma products, which include mice, keyboards, headsets and a mouse mat, feature 16.8 million customizable colors and a range of effects such as spectrum cycling, breathing, reactive and more. Lighting effects are enabled through Razer’s Synapse software that allows synchronizing lighting colors and patterns between Chroma devices with the click of a button.

An SDK is available for developers to integrate Chroma lighting effects in-game. It is already supported by AAA game titles, including Call of Duty®, Dota 2, Overwatch™ and Blade and Soul™.

The Razer Blade gaming laptop will follow the Razer Blade Stealth’s direct-to-consumer pricing model to keep costs down. Previously at $2,399 for a QHD+ display, the new Razer Blade now starts at $1,999.

“We are getting much more aggressive as far as price point, but that hasn’t come at a cost to the performance or design of the Razer Blade,” says Min-Liang Tan, Razer co-founder and CEO. “We’ve improved nearly every aspect of the 14-inch laptop, from CPU and GPU performance to system memory and port selection. Chroma technology unlocks an unprecedented, immersive experience on a gaming laptop.”

The new Razer Blade will be compatible with the Razer Core external graphics enclosure as part of a beta program upon launch. Utilizing Thunderbolt™ 3, the Razer Core connects to the Razer Blade, providing desktop-class graphics and additional connectivity such as USB 3.0 and Ethernet.  Thunderbolt 3 provides remarkable connectivity via the Blade’s compact USB-C port at speeds of up to 40 Gbps, the fastest, most versatile link to any dock, display or data device.

Pre-orders for the Razer Blade will start today on RazerStore.com. Units will ship in April. Further retail availability will be announced later this year. 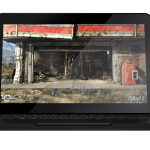 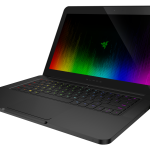 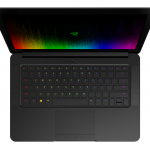 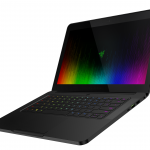 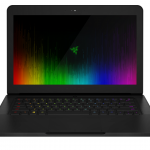 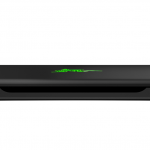 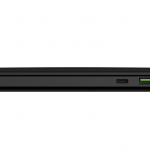 For more information about the Razer Blade, please visit razerzone.com/blade.