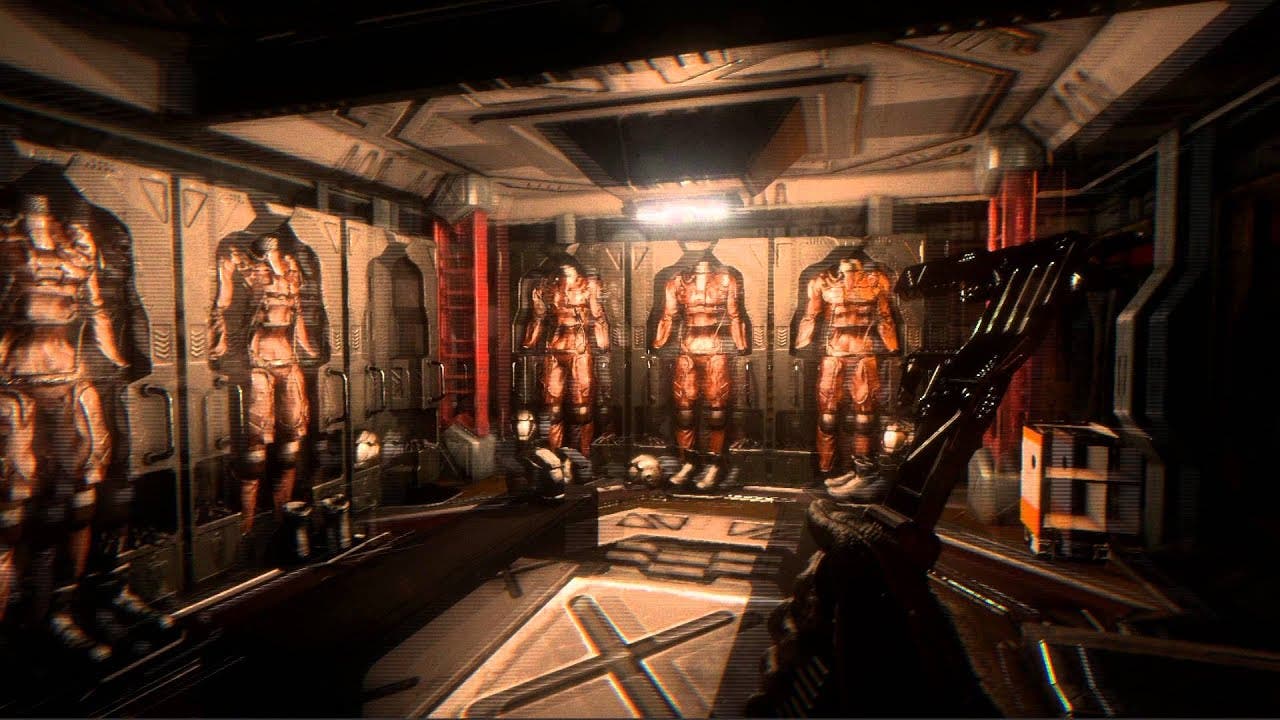 Syndrome trailer debuts from developer Camel 101, will be playable at EGX

It was a simple exploration mission aboard the fleet’s most advanced ship. Somewhere, it all went wrong. Friends, coworkers… all dead, their misshapen remains stalking the narrow corridors. They are coming, and they will find you.

Syndrome returns to the roots of survival horror with woefully limited supplies, scarce ammunition, and relentless monstrosities that kill without mercy. Stranded on the dying ship, your only chance of escape is to uncover the truth, if you can live that long.

The creatures hunting you are stronger, faster, and utterly deadly. Watch their movements from the shadows, hiding in breathless anticipation for the right moment to strike or sneak away. Every encounter is an internal battle between fight or flight, your dwindling resources a tenuous lifeline to survival.

Syndrome is coming this summer to PlayStation 4, Xbox One, and PC (Win/Mac/Linux) with Oculus Rift support at launch.

Developer Camel 101 will be at EGX Rezzed in London with a hands-on demo of Syndrome―the first time it will be playable in a major gaming event.