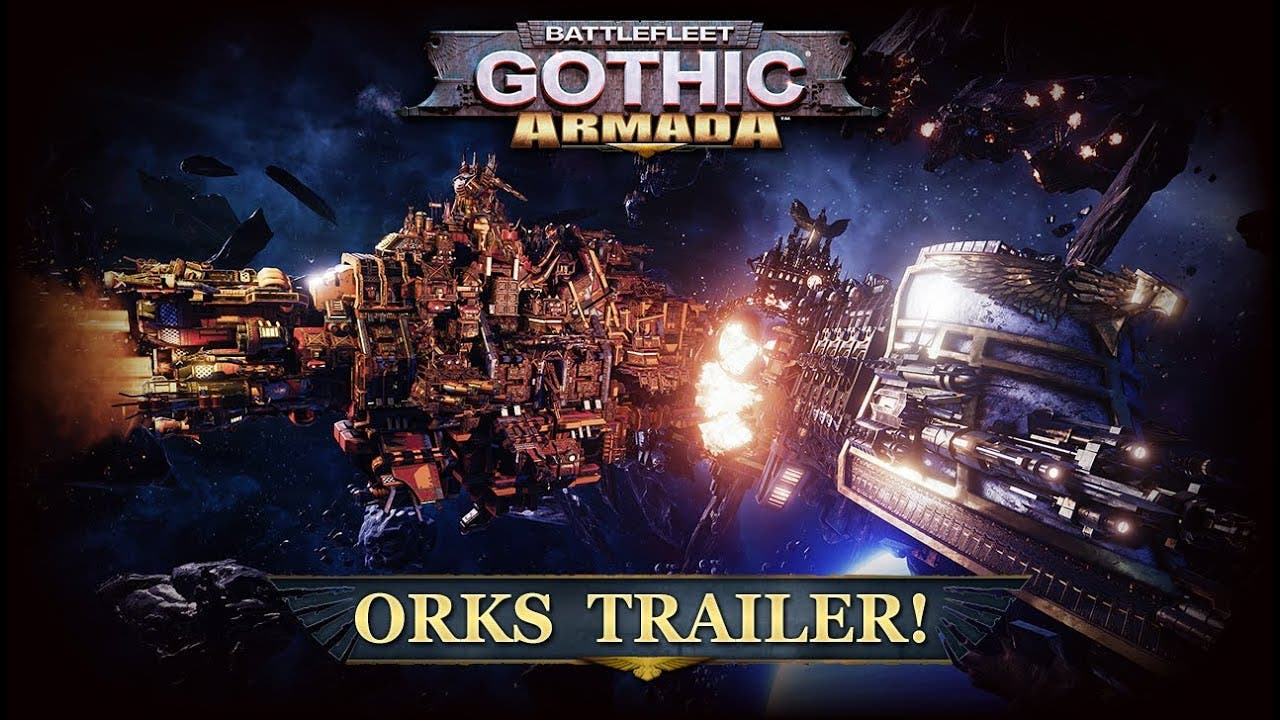 Battlefleet Gothic beta participants have already had a brief taste of the Ork’s devastating potential, when they faced them during the last mission of the prologue.

The Orks will be arriving at full speed in the coming days to shake up the beta’s intense battles even further. The total opposite of Chaos’ long-range gameplay and the Imperium’s balanced style, the Orks fight in the most direct, brutal (and fun!) way possible. Players will be able to wield the Orks’ mighty power in beta skirmishes, before ramming enemy ships in multiplayer.

All of this is illustrated in today’s trailer, which gives a fittingly loud introduction for the Orks. Supported by a primal void-shanty heard on every battlefield they’re invading, these destruction specialists take a wild pleasure in abolishing enemy fleets, leaving behind only metal scraps and burning carcasses.

“It’s a huge pleasure for a young studio like ours to see Battlefleet Gothic gather so much interest from so many players. The beta has been incredibly helpful in spotting relevant demands from the community. Following this huge response we’ve made the decision to spend some additional time integrating your feedback into the game. As a consequence, we will release Battlefleet Gothic: Armada on April 21st.

Based on that, we felt the need to release more content, both to reward current Battlefleet players and to introduce even more madness to this beta! As a result, we’ve decided to unleash the Orks in the coming days. This faction will turn your Battlefleet Gothic: Armada experience upside-down, with a totally different, more brutal style of gameplay. Having them in the beta will also allow us to balance them perfectly before the game releases.

There’s another important thing we’d like to announce. Currently, the Space Marines fleet is offered for free to all Early Adopters. With the support of our publisher Focus, we’ve decided to develop another faction that we’ll unveil soon. This new faction, available in a few months, will also be offered for free to all Early Adopters – people who pre-ordered the game or purchase it during the first two months after release. We wanted to show you, the community, that we’re passionate about supporting this game and its players. We’re always paying attention to your feedback, and this is how together we’ll make the game we’ve all dreamt about.”