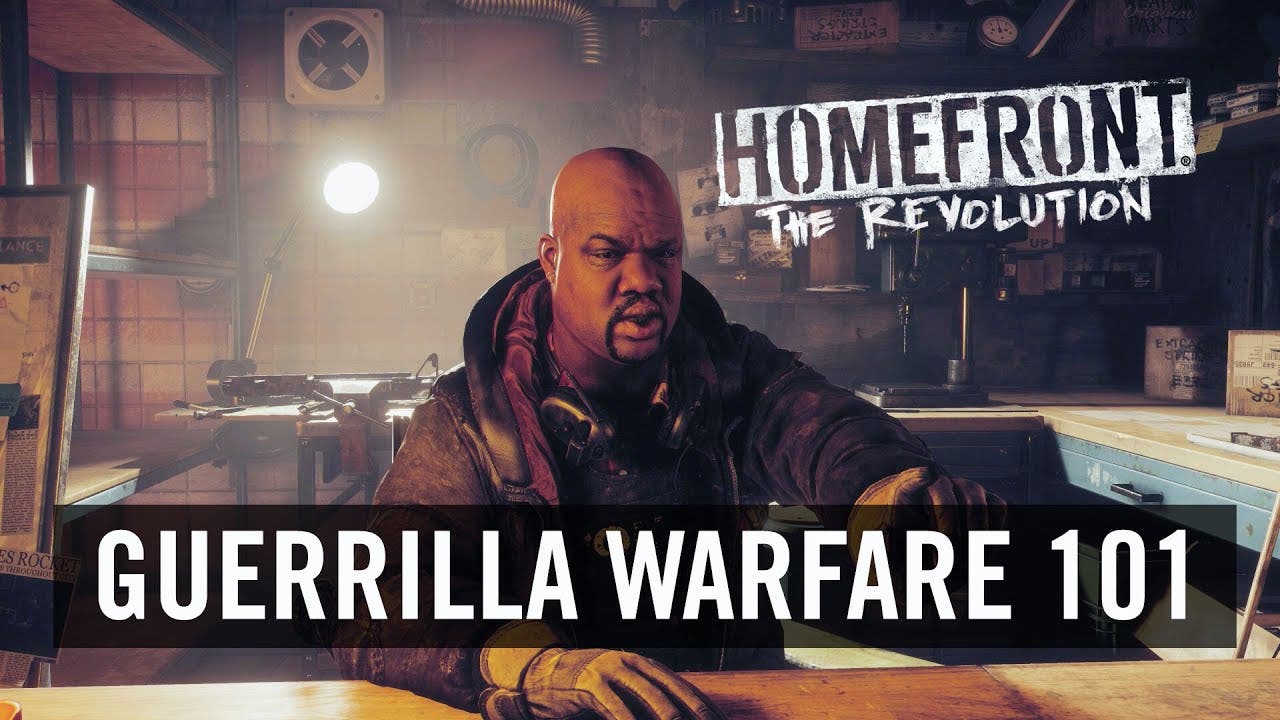 Deep Silver revealed today the Guerrilla Warfare 101 trailer, the first in a series of new Homefront: The Revolution gameplay trailers. It showcases the type of gameplay and combat variety players can expect in the games single-player campaign as well as in the online co-op Resistance Mode.

Faced with the technologically superior forces of the KPA who are occupying Philadelphia in 2029, the Resistance needs to fight their war for liberation on their own terms. Urban guerrillas use their knowledge of the environment, their custom homebrew weapons, and their Guerrilla Toolkit to their advantage to even the odds.

As a guerrilla fighter in the Resistance you:

MODIFY WEAPONS TO SUIT ANY SITUATION
Use the in-game and on-the-fly weapon customization system to tailor your weapons to your style of play. Add a silencer to infiltrate under the cover of darkness in a dynamic day and night cycle, or equip a muzzle break to forego stealth in favor of loud firepower. Equip different sights and scopes or different grips to go from short range mobile stability to long range accuracy.

CONVERT WEAPONS FOR ON THE FLY UTILITY
Convert your pistol to a submachine gun, your assault rifle to a mine launcher, your crossbow to a flamethrower and more!

USE THE GUERRILLA TOOLKIT TO TURN OPEN WORLD COMBAT INTO A TACTICAL PLAYGROUND
Use explosive and incendiary devices to ambush the KPA, distract patrols, or hack enemy cameras and drones to turn enemy tech against them. Modify any of your Guerrilla Toolkit items with a bit of good old American ingenuity; throw it, trigger it, lay a trap, or put it on an R/C Car to take direct control.

USE THE TERRAIN
This city is your city. Learn your environment to know where to strike from, and where to escape to. In the urban population centers of the Yellow Zones, strike unseen and melt away in the citys alleyways. In the war-torn Red Zones of Philadelphia, hit hard and unexpected, then jump on your motorbike to evade the inevitable KPA reinforcements.