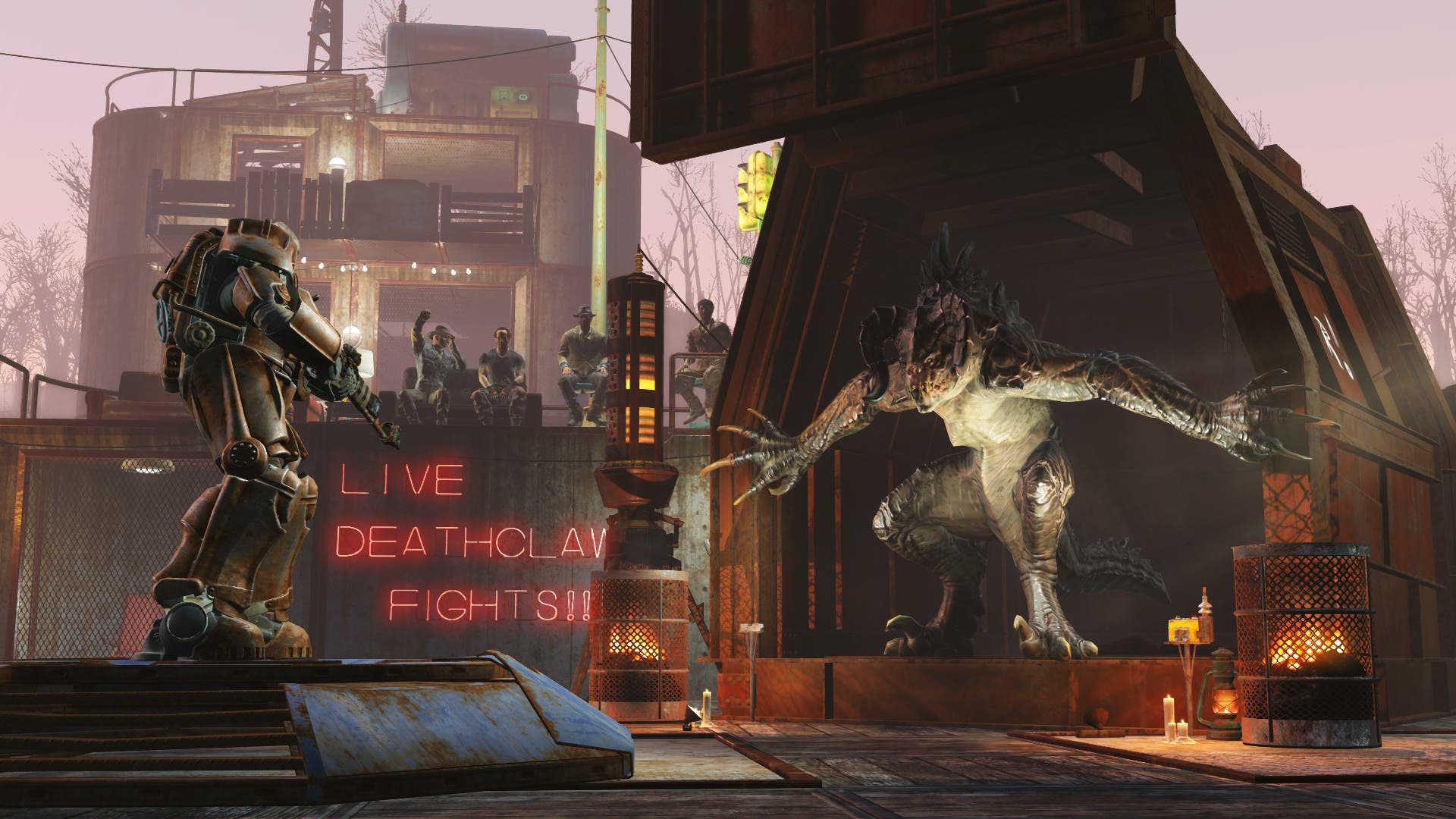 Wasteland Workshop is not a good piece of DLC or an otherwise worthy add-on for Fallout 4. If anything, it should be a free content update rather than something you pay for. Wasteland Workshop is dumb, and not in that cute, affectionate way. It’s a waste of a player’s time, even if you enjoy the settlement building aspects of Fallout 4. It does have redeeming values, but they are not enough for what you’re getting out of this add-on. I eventually had my settlement in Sanctuary at 100% after spending an ungodly amount of time building it up. After I had done so, I was absolutely convinced I didn’t want to spend more time on my settlement. Then Wasteland Workshop was announced as part of the Season Pass, and it seemed like it was going to bring new and exciting content worth going back for. And for the most part, that’s correct. But that excitement wains real fast. This new add-on doesn’t have a quest, no radio transmission, and no real guide that it’s there. Sure you have to actively buy it and download it, but beyond that the game does nothing to tell you what’s new until you go into workshop mode, and new items are denoted by a “+” icon. Among the new are: generators, neon signs, traps, building materials, and home decorations. It’s nice these new items are there to freshen up settlements, but it’s a bit blasé.

To build the traps in particular, require a lot of resources, and maybe ones you don’t have or have stockpiled. It would have been nice if the game would give you at least half the materials needed to get going. Instead, it’s a slog and grind to gather the necessary components to kick-off the new ways to entertain in a settlement. If you do manage the patience to build a trap, you’ll be delighted that the traps for capturing humans involve a stash of bottlecaps or meds to entice unwilling participants into your devices. Capturing feral animals isn’t as clever, and just involves an irrational amount of food bait to get them caught. Wasteland Workshop lets you capture nearly anything with bait, even Super Mutants. But you can’t do anything with them but place them in fights or be settlement security, there’s no way to control them beyond making them docile. Which, to do that requires you build a Beta Wave Emitter which can only be build if you have the two perks that make it possible. Meaning, if you’re post-game, or even late-game, acquiring the two levels needed to purchase those perks makes it excruciating and unnecessarily difficult to obtain. Being on PlayStation 4, I couldn’t just console command my way into getting what I needed to bypass the grind it actually required.

However, once you have the required perks, you’re able to pit your captured creatures or fellow humans against one another in a fight to the death in arenas you create and designate them to, a red and blue side. You can keep your captured creatures in their cages until it is “go time” by having them attached to a generator. Once the power is cutoff, the cage is opened, allowing them to go free. If this is done accidentally, it can take up to a week in-game to re-capture a raider or something as simple as a cat for whatever arena fighting you have planned. Those on PC will assuredly be dismayed with this release, as there are countless mods that do this and other things better. Console players surely suffer the most with the inability to mod or accelerate getting to this content quicker. Even with its modest pricetag, is not a purchase I can recommend. Wasteland Workshop has some neat ideas and solid additions, but would have been better if presented around a questline that gave it some purpose within Fallout 4. Instead, Wasteland Workshop feels like a rip-off and is unnecessary busywork while you wait for the next, seemingly more substantial and worthwhile add-on: Far Harbor.