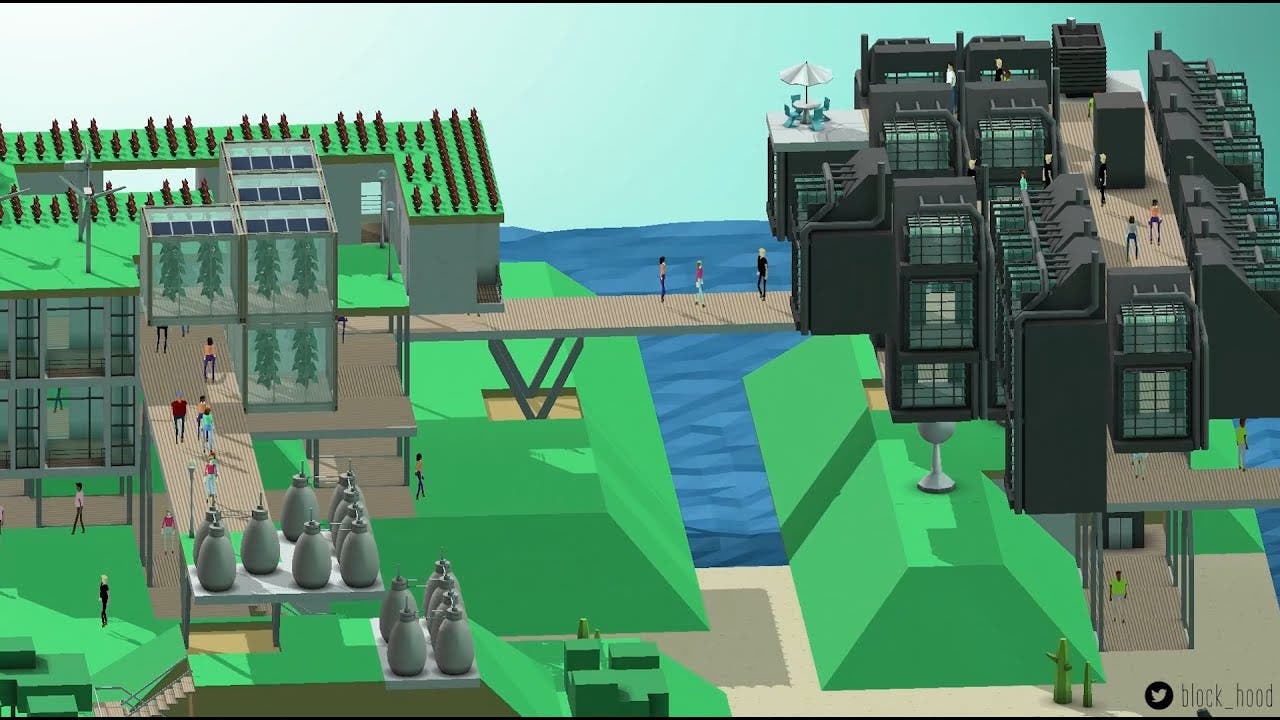 Block’hood “Coexist” update just wants everyone to get along

Sociological experimenters Plethora Project and the ecologically balanced minds at Devolver Digital have announced a major update to the neighborhood-building simulator Blockhood on Steam Early Access [http://store.steampowered.com/app/416210/]. The new update introduces inhabitants to the ‘hood. Inhabitants can be humans or animals depending on the habitats you create and players will discover them by building the right configuration of units. Coexist, ya’ll.

Additionally, the game has added a new challenge tracker, letting you visualize how you are doing in a specific challenge which helps players plan and strategize as they build. Plethora Project has also added new ‘advanced’ blocks to the game, including wine production chains (heyooo), organic and industrial farming, GMO farms, the use of pesticides and different forms of animal farming. The blocks tell the story of how food can be produced, and it’s up to the player to decide if they want industrial processed food, or organic. Each decision presents its own unique challenges and outcomes.

Blockhood is a neighborhood-building simulator that celebrates the diversity and experimentation of cities and the unique ecosystems within them. Budding city planners will have access to 90+ building blocks to arrange and combine and to create unique neighborhoods and discover the implications of their designs.

The game embarks on a story of ecology and understanding as additional resources are always needed to unlock new blocks, configurations, and combinations to create more prosperous neighborhoods. Throughout the design process, players will need to avoid the decay of their city blocks by making sure each unit doesnt run out of resources and become a strain on the complimentary units around them.