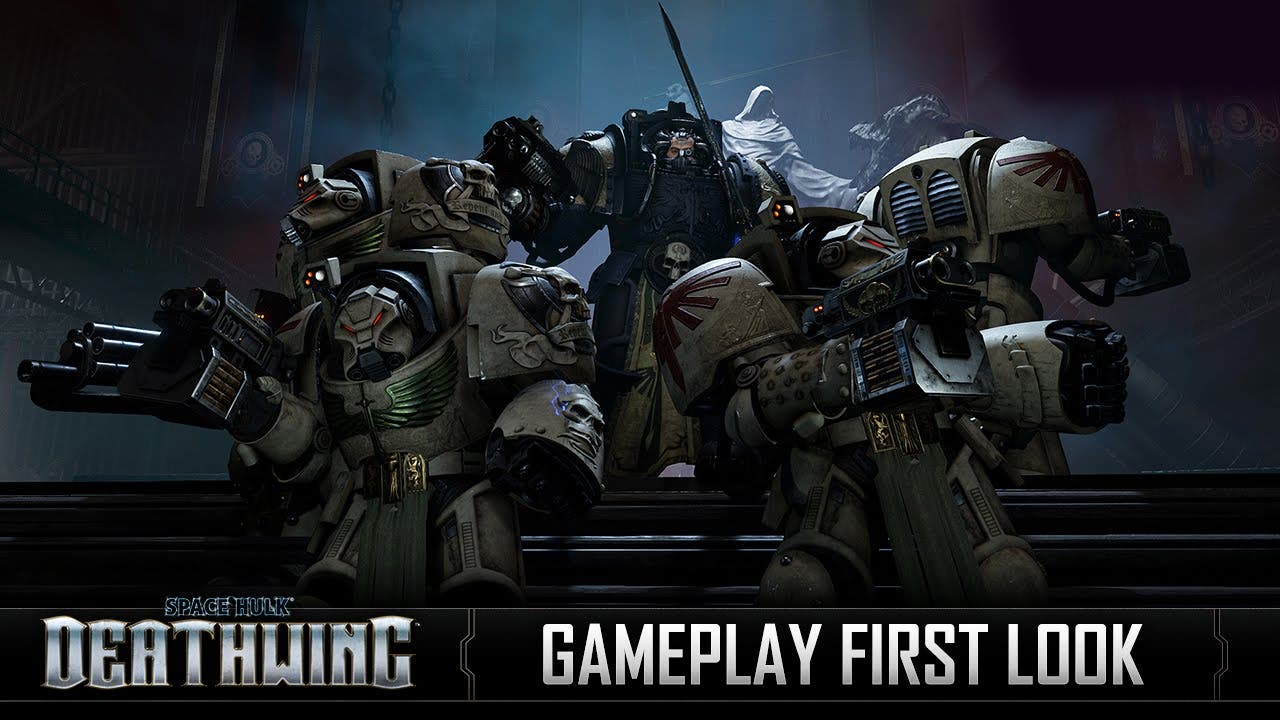 Space Hulk: Deathwing is an upcoming first-person shooter set in Games Workshop‘s Warhammer 40,000 universe. Space Hulk: Deathwing is an adaptation of the Space Hulk board game, developed on Unreal Engine 4 by the team behind E.Y.E: Divine Cybermancy, Streum On Studio. This trailer [download link] introduces the basics of the game: its premise, the teammates, the localised damage system, and some of the fearsome enemies players will encounter.

Infiltrate and explore the Space Hulk “Olethros”, a derelict collection of space ship and debris filled with hidden dangers and relics. As a Librarian, players can take AI squadmates or have fellow players join them in their investigation into the mystery of Olethros, co-written by renowned Dark Angels writer Gavin Thorpe.

Infesting the Space Hulk are ferocious Genestealers who utilise ambushes, swarming and tactical retreats in order to slowly tear down the player’s Terminator armour. Damage is localised, and taking too many hits in certain areas will cause your armour to malfunction. To stop the horde, you’ll have access to a wide assortment of weapons, skills, and powers taken directly from Warhammer 40,000 lore to customize your squad of Dark Angel Terminators.