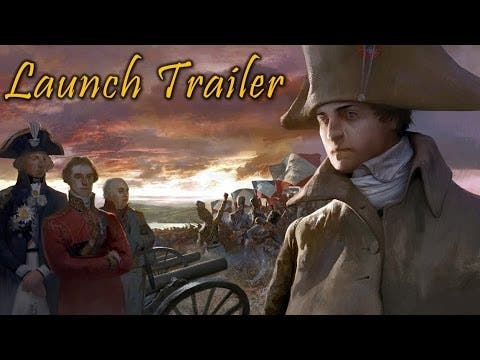 Wars of Napoleon is now available on Steam

Today on Steam, players have the chance to follow in the footsteps of the famous emperor Bonaparte. Feared by his enemies and glorified by his soldiers, The Little Corporal, or the Nightmare of Europe, was one of the few men able to change the destiny of an entire continent.

Wars of Napoleon is considered one of the most complete digital representation of the Napoleonic era in all aspects. It employs a detailed diplomacy system, alongside deep strategical and tactical logistics, reforms, conscription, blockades, building and organizing armies and fleets, and all the way to maneuvering and deploying armies in the field.

Wars of Napoleon is grand strategy at its finest, employing a realistic diplomatic system with dozens of different options available, including casus-belli, coalitions, defensive treaty, passage rights and more.

Experience the true meaning of leadership: managing conscription laws, blockades, and training Army Corps and Fleets. The choices at your disposal are very massive.

The game offers a gigantic Grand Campaign covering more than 10 years of war,including iconic battles like Austerlitz and Waterloo. It also features more than 300 different uniforms from accurate sources, 400 portraits of generals of the period and seven major nations are playable. Players have to make the right military and political decisions to dominate most of Europe and they can also enable some what-if situations to change the balance of powers between nations.

History is happening right before our eyes!