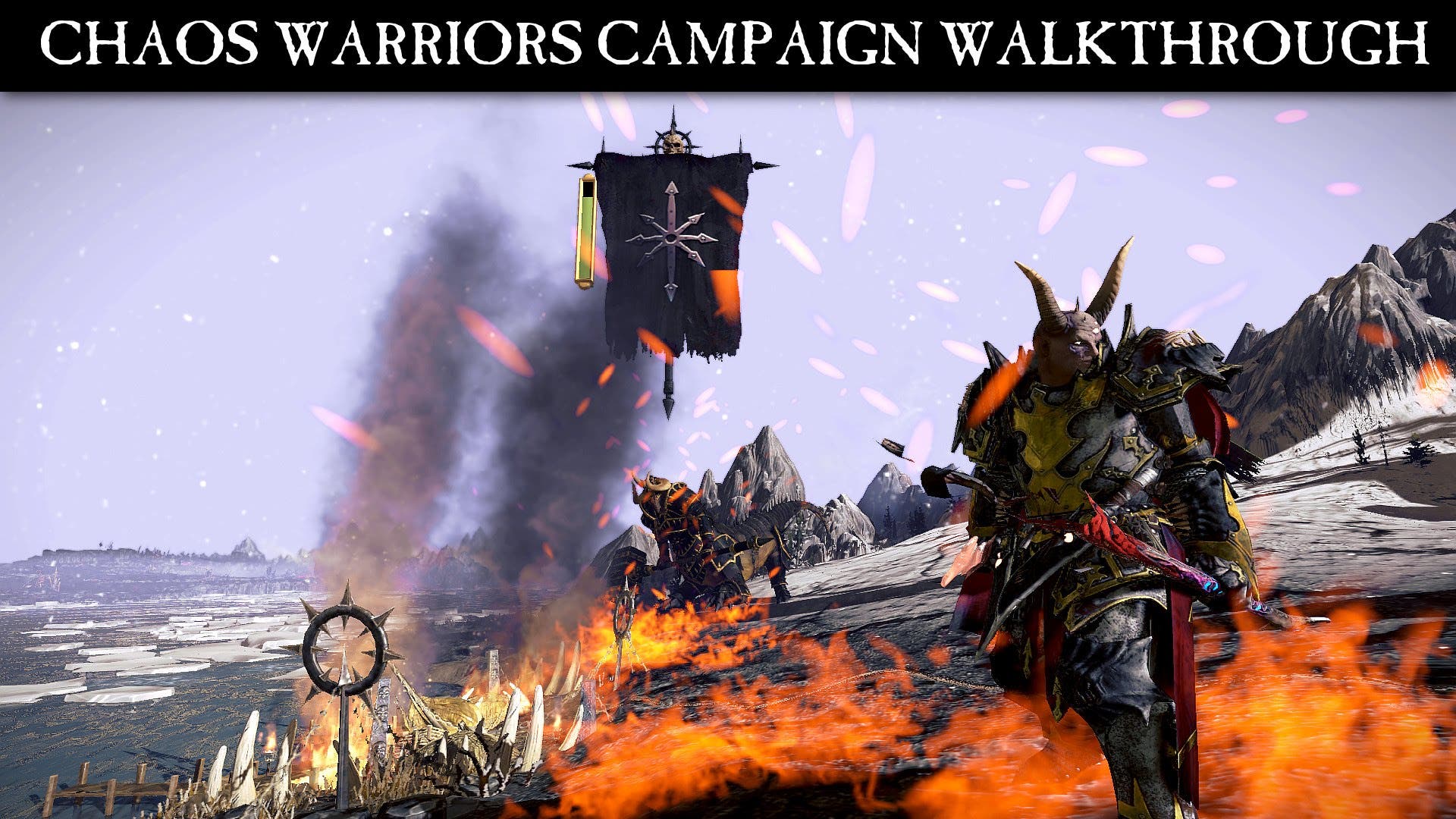 To follow on from the Chaos Warriors battle Let’s Play – Creative Assembly have unveiled more new gameplay from Total War: WARHAMMER, focusing on the Chaos Warriors Campaign; showing some of their unique gameplay mechanics, technology and battlefield units.

Potentially the most challenging race to play as, the Chaos Warriors have a frenzied need to dominate and exterminate anyone they encounter in the name of the Dark Gods. This often risks leaving them on a knife edge; in danger of over-stretching even their mightiest hordes into enemy territory. This new video offers an glimpse at the Chaos Warriors’ unique mechanics as well as their tech trees, building chains and character progression.

Total War: WARHAMMER will release on May 24th 2016. The Chaos Warriors Race Pack is available for free now when you pre-order Total War: WARHAMMER, or purchase the game in the first week of release http://store.steampowered.com/app/364360/.