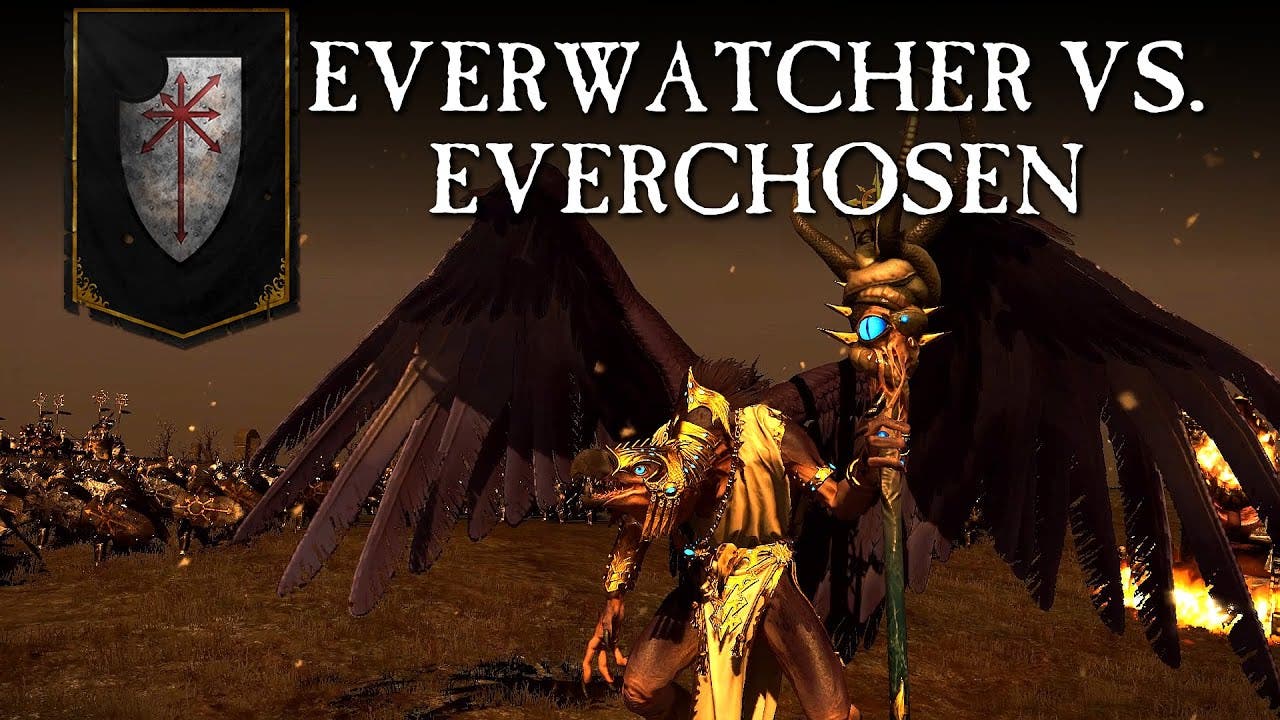 Watch Creative Assembly play The Everchosen vs The Everwatcher in Total War: WARHAMMER

In Creative Assembly’s critically acclaimed Total War: WARHAMMER, Archaeon may be the Everchosen, but to the Chaos God Tzeentch – Changer of the Ways – nothing lasts forever. The newest in a series of Let’s Play videos showcases perhaps the greatest threat faced by players late in the Chaos campaign, as Tzeentch sends his foremost champion as the ultimate test of a Chaos player’s aptitude in battle and to once and for all judge the worthiness of the supposed bringer of the End Times.

Featuring two very powerful Chaos armies, this climactic late-game battle highlights the awesome power of Sarthorael the Everwatcher. Massive in size and with devastating melee attacks thanks to his magical staff, he also wields the devastating Lore of Metal, making him more than a match for even the most powerful Legendary Lords.