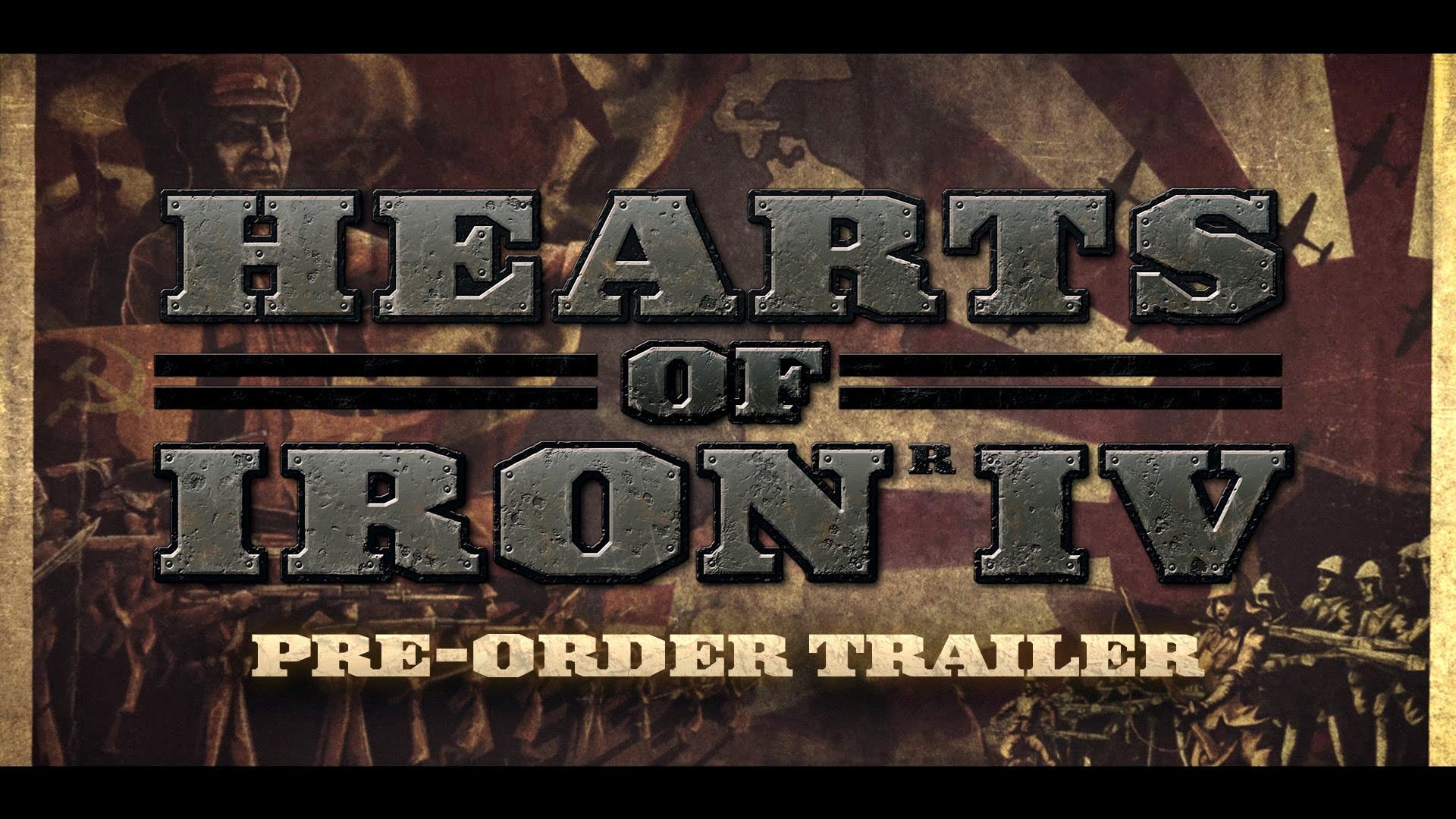 Hearts of Iron IV is Now Available to Pre-Order

Paradox Interactive and Paradox Development Studio today announced the start of  the pre-order for Hearts of Iron IV, the latest grand strategy game about one of  the worlds most destructive conflicts. World War II is at your fingertips as you guide your nation, plan your research, build you forces and design sweeping battle plans that will put the world at your feet.

If you are among those prepared to heed the call of war, eager generals can sign on today. There are three game editions available for Hearts of Iron IV:

Every pre-order comes with additional rewards no matter which version you choose to buy:

In addition everyone who purchases Hearts of Iron IV will recieve a free DLC, the Poland: United and Ready National Focus Pack. This DLC gives Poland a unique national focus tree , several 3D vehicle models, 2D art and additional leader portraits, fleshing out the experience of playing as the nation. The Poland: United and Ready DLC will be available for all players, no matter when they choose to purchase a copy of Hearts of Iron IV.

Hearts of Iron IV is the latest version of one of Paradox Development Studio’s most popular series. Take control of any nation in the world and guide it through humanity’s most trying hours. With a new and improved battleplan system, you will be able to direct sweeping movements of troops through steppes, deserts and jungles. Area and mission based systems take the micromanagement out of naval and air combat.