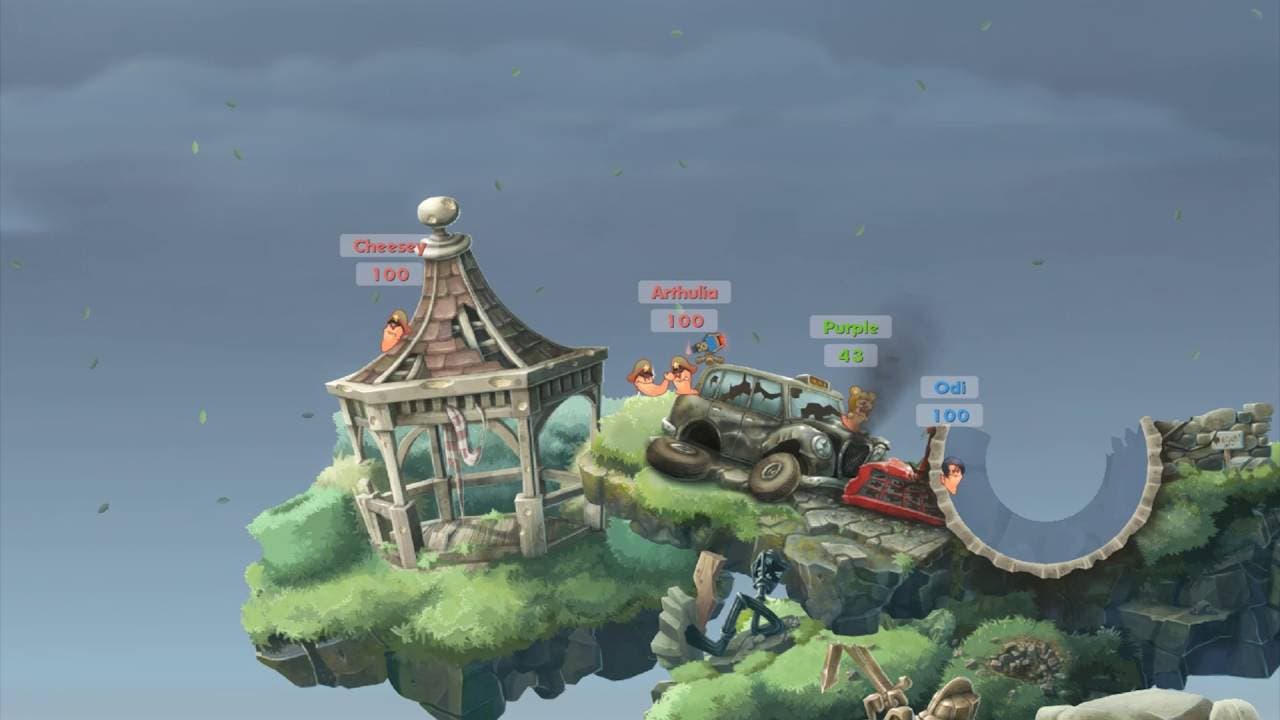 Award-winning veteran games developer and international games label Team17 has today released a new multiplayer trailer for its forthcoming Worms W.M.D along with an infographic taking a look back at the franchise, which celebrates its 21st anniversary this year.

So far the best-selling turned-based strategy Worms™ franchise has achieved over 70 million copies sold, more than 77 million iconic Super Sheep have been fired during gameplay and over 3 billion worms have died at the hands of players during 21 years’ worth of madcap, annelid warfare!

All of those numbers are likely to drastically increase when the new Worms W.M.D releases later this year. The new trailer released today celebrates the classic, multiplayer gameplay with a fresh new twists, as for the first time ever players will be able to use exciting new vehicles, such as tanks and helicopters, and even enter buildings! These all add new strategic elements of gameplay to the traditional wormy warfare. Players can dive into the extensive single player modes or compete in crazy multiplayer with local couch co-op and online modes supporting up to 6 players with up to 8 worms each.

Worms W.M.D will be available for Xbox One, PlayStation 4 and PC later this year.