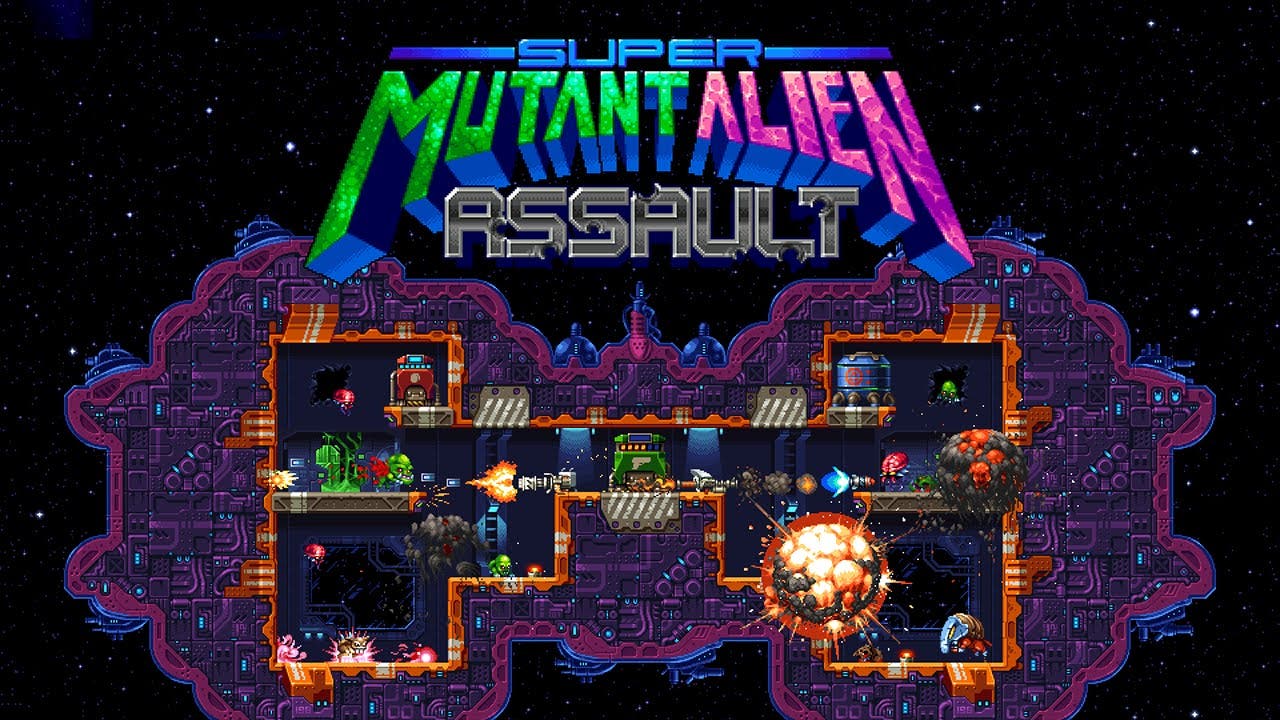 Developer Cybernate and publisher Surprise Attack Games today announced that the brutally random arcade platformer Super Mutant Alien Assault will deploy on PlayStation 4, Xbox One and PC in the summer of 2016.

Taking inspiration from arcade classics and the seminal Super Crate Box by Vlambeer, Super Mutant Alien Assault is an unforgiving dance with death across randomised single-screen levels. The pace is rapid and dodging is as just important as shooting if you hope to survive. Played solo the game is frantic, but with local co-op, a second robot enters the fray and takes the action to a whole other level.

Featuring a near bottomless pit of unlockable weapons, explosives, sidearms, special abilities, perks and defense moves, each single-screen level is a randomised combination of layout, vending machines, enemies and objectives. You’ll never know which weapons or grenades will spawn in the vending machines or which special abilities, sidearms, perks and defense moves will be served up. The more you unlock, the more mind-boggling the possible combinations.