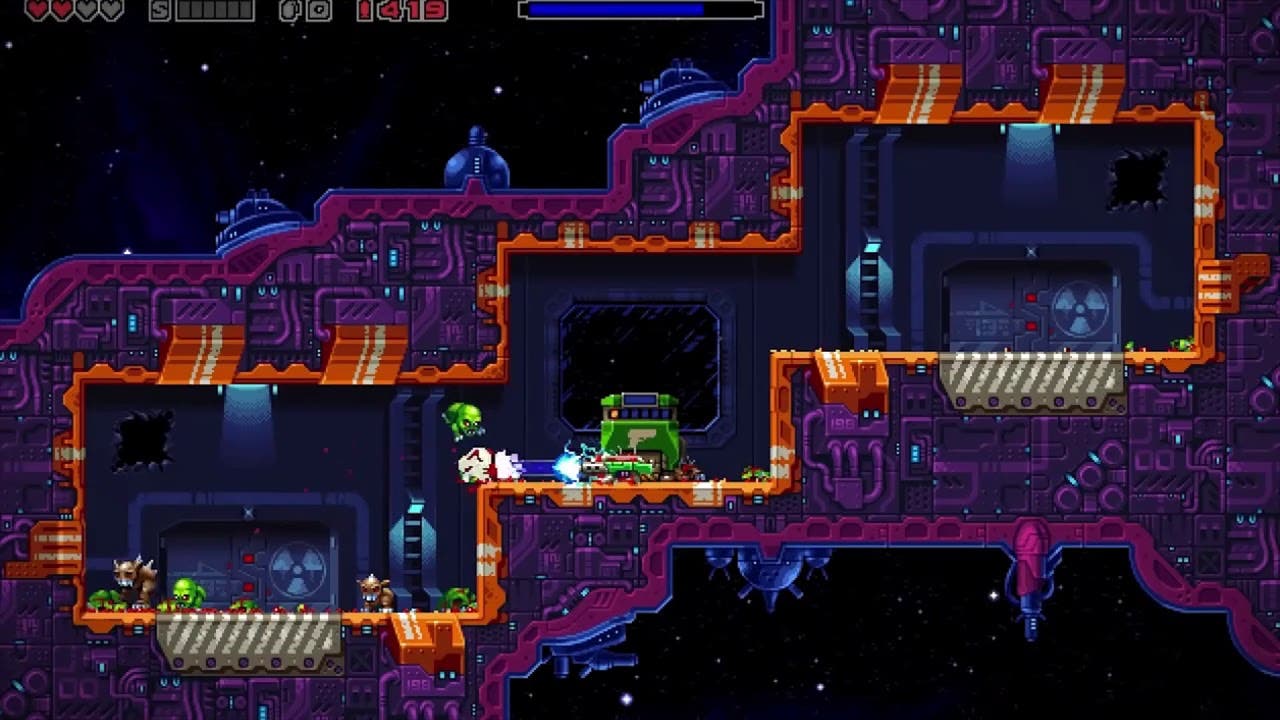 Taking inspiration from arcade classics and the seminal Super Crate Box by Vlambeer, Super Mutant Alien Assault is a dance with death across randomized single-screen levels. The pace is rapid and dodging is as important as shooting if you hope to survive.

Fight through twelve brutal stages across three galaxies including three bosses to beat the game but only when you have unlocked and mastered countless weapons, explosives, sidearms, abilities and moves, as well as randomized level layouts, weapon machines, objectives and enemies, can you claim true victory.

You can find more info and assets about the game here.