WRC 6 announced by Bigben and Kylotonn Racing Games, will release this fall Bigben and Kylotonn Racing Games are proud to announce the release of WRC 6, the official 2016 video game of the FIA World Rally Championship (WRC). The game is set to be released this autumn and will be available for PlayStation®4, Xbox One, and PC/Steam. After the success and the experience gained by Kylotonn Racing Games with WRC 5, the studio collected all the feedback from the community to improve the 2016 version of the game, and raise the experience on consoles to a new level of realism and excitement. As its first rally game, WRC 5 was a big challenge for Kylotonn and its team of passionate developers who are now working on this new edition, with the help of an active community of racing and WRC fans.

“We spent the last eight months, since the release of WRC 5, collecting and studying all the feedback from the community to improve the experience and take it to a new level” said Alain Jarniou, Game Director at Kylotonn. “The experience gained from WRC 5 helped the team to completely understand the expectations of racing fans when it comes to rallying. Roads were too wide in WRC 5? They will be narrower and more bumpy in WRC 6. Stages were sometimes too short? We created new, longer stages and reworked everything to make them more challenging. These are just a few examples of the massive improvements we are bringing to WRC 6 and we already know that players will definitely appreciate these changes.”

Danger and diversity are at the heart of the World Rally Championship and WRC 6 will be the best way to feel the excitement of being in the boots of a real driver among some of the toughest conditions around the world. WRC 6 will bring a batch of new features to be announced in the coming weeks, but it also takes advantage of new development tools which will improve graphics and audio quality for the players. E3 2016 in Los Angeles (June 14–16) will be a first occasion to discover more about WRC 6 thanks to an impressive setup.

“If you enjoyed WRC 5, then you will love WRC 6,” said, Oliver Ciesla, Promoter managing director for WRC. “The developers have introduced significant improvements to make the playing experience even more exciting and true to life, while remaining faithful to its core aims of being an all-action game which takes in classic rallies and legendary special stages on all types of road surfaces.”

WRC 6 will feature all 14 rounds of the 2016 WRC season, including for the first time Rally China, all the star WRC drivers and also a wide selection of WRC 2 teams and competitors from the Junior WRC category. eSports WRC, the first international online competition of the WRC, which was launched in January 2016 with WRC 5, will continue in WRC 6 with amendments in terms of access, rules, and format. Details will be unveiled closer to the release of the game. 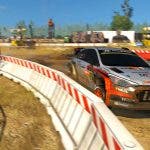 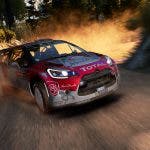 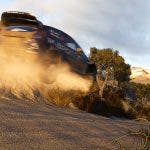 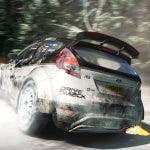 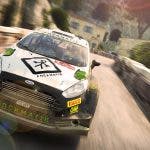 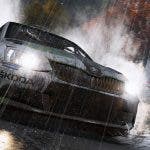 WRC 6 will be available this autumn for PlayStation®4, Xbox One, and PC/Steam.