Codemasters and Koch Media today announced F1 2016, the official videogame of the 2016 FIA FORMULA ONE WORLD CHAMPIONSHIP. The new title will include the most immersive career mode ever featured in the franchise. F1 2016 will release onto PlayStation®4 computer entertainment system, Xbox One and Windows PC (DVD and via Steam) this summer.

F1 2016s new career mode will take drivers deeper into the worlds most glamorous, exciting and prestigious motorsport, both on and off the track. The life-like recreation of the sport will be further enhanced by the addition of the sports iconic Safety Car and Virtual Safety Car, as well as the introduction of the challenging new street circuit in Baku, Azerbaijan for the 2016 FORMULA 1 GRAND PRIX OF EUROPE.

F1 2016 is a massive step forward for the franchise, said Lee Mather, principal games designer at Codemasters. The new career mode sits at the heart of the game and allows gamers to create their own legend over a career that can span for up to a massive ten seasons. Beyond improving upon the fastest and most thrilling on-track racing experience in gaming, F1 2016 uniquely offers the drama and vehicle development that goes on behind the scenes. A rich car upgrade system is fully integrated into a new and deep practice development programme which mirrors the tests carried out by the teams in real life.

Mather continued: The career mode, together with the re-introduction of the Safety Car, the first inclusion of the Virtual Safety Car and a number of other unannounced improvements means that F1 2016 will have more new features than any other year of the franchise.

In the new career mode players select an avatar to represent them within the game world as well as choosing a number to take with them through their career. They are then free to choose from any of the FORMULA ONE teams, all with different goals and expectations. It may be more challenging to start further down the grid, but it will also be easier to exceed team expectations. Players can earn contracts and move from team to team, or choose to develop their favourite team into a championship contender.

To complement the on-track experience, and to expand the realism of the Career mode, F1 2016 includes stunning hospitality areas for each team that act as the players game hub. In this area they will work with their Research and Development Engineer and Player Agent to develop their progress both on and off the track. To further enhance the immersion, players will also be able to spot other key figures from the paddock within the hospitality areas.

In what is already a very exciting season, the 2016 season sees Azerbaijan become the latest addition to the FORMULA ONE calendar, with capital city Baku playing host to what could very well be the fastest street circuit of the season. Early screenshots show off the new time of day editor which allows players to dramatically customise the visuals of the race experience. The brand-new Haas F1 Team makes their debut in the 2016 FIA FORMULA ONE WORLD CHAMPIONSHIP, and in the process become the first all-American-led F1 team in three decades. 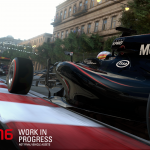 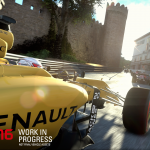 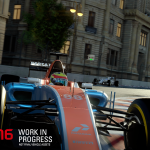 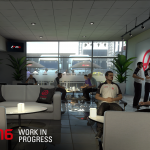 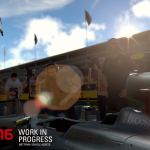 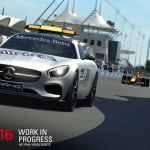 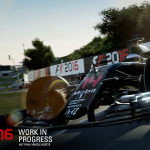 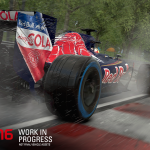 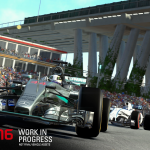