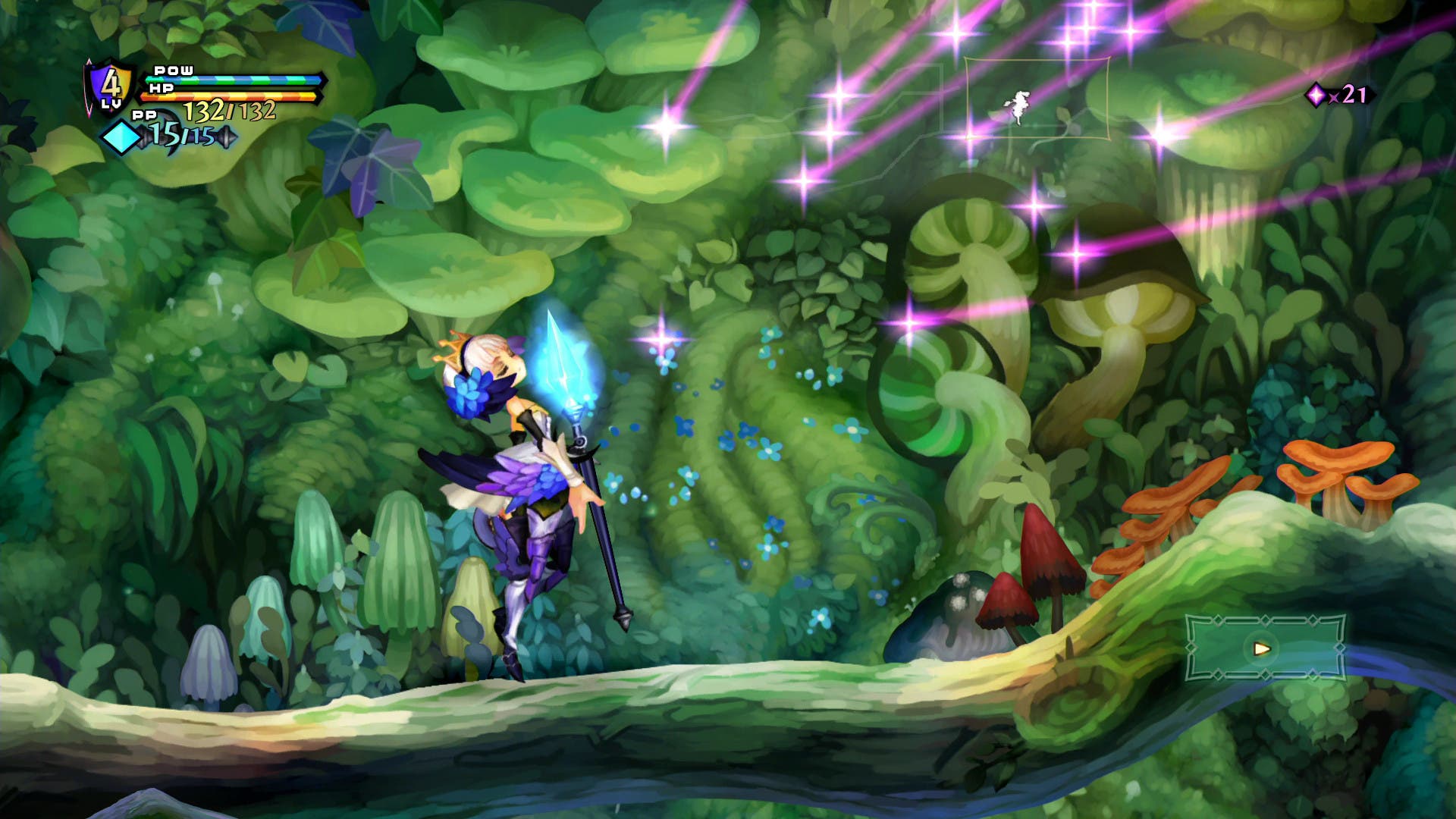 By Justin Celani (@Justins_Gaming_)
Lights Off
5 Incredible
Retails for: $59.99
We Recommend: $59.99
Review of: Odin Sphere Leifthrasir For all those new players out there, Odin Sphere is an action side scrolling brawler and RPG all in one. It features gorgeous hand drawn visuals, intense and combo driven combat, has a fairly large and character driven story, and utilizes a planting/growing system for items and experience.  It might sound a bit weird, but rest assured, it all comes together to make Odin Sphere L, a very unique and visual appealing combat RPG.

Moving through the environments lead way to each battle ground where various enemies will attack. After finishing them, experiences is gained and that can be used to upgrade new abilities in the skill tree. Unlocking more moves to deal more damage leads the way to doing even crazier combos. Levels themselves are broken down by branching pathways. Some lead to hidden treasure, others circle around, but all inevitable lead up to a boss battle, the likes which are usually very colorful, screen filling, and, exciting. I mentioned planting and growing to obtain exp and level up and that is the part that I fairly remember not caring too much for in the original. I’m not sure if something is changes or going into this knowing the mechanic, but it didn’t bother me at all in the new remastered version. Planting and growing is as simple as hitting a button or two, feeding it with your energy phozon points, and collecting and eating the fruit. It leads way to also item creating and alchemy which again felt easier then I remember it.

For old players, this all should strike out as fairly familiar albeit with a few changes the new mode incorporates as such with combat feeling a bit easier than the original but also flowing better. With new redrawn graphics, 1080p visuals and 60 frames per second, yes that might all sound like a bullet point set to sell the game, but it really all adds up making one of the best looking games ever made, look even better. Pulling off a 250 hit combo, juggling enemies in the air, while dodging a boss never looked better or felt as satisfying. Fans of the original will also take note that even with all the changes in place for the new version, there is a classic mode available also. The best of both worlds!

Odin Sphere is a long game, filled with multiple characters to play as, an interesting story with characters becoming enemies, friends, and more. Secrets to unearth for those who are willing to pay attention and with more to the end then some players might even realize. Odin Sphere was a game that should have been played by as many people as possible. I had concerns if the new version would feel dated today, but everything from the gameplay, the visuals, and all the new enhancements, really do just that, make a great game even better. The PS4 and Vita versions both play wonderfully and look amazing for the systems they are on and with cross save, I was able to jump back and forth easily between the two. I may have noticed some slowdown at times when the action just gets super crazy, but it never was a detriment for me at all.  I have absolutely zero issues with Odin Sphere Leifthrasir other than knowing how to pronounce its subtitle. An old school, beautiful, classic RPG brawler reborn even better. It’s doesn’t get much better than this for the genre!

A pre-release PlayStation 4 code was provided by the publisher for review purposes.