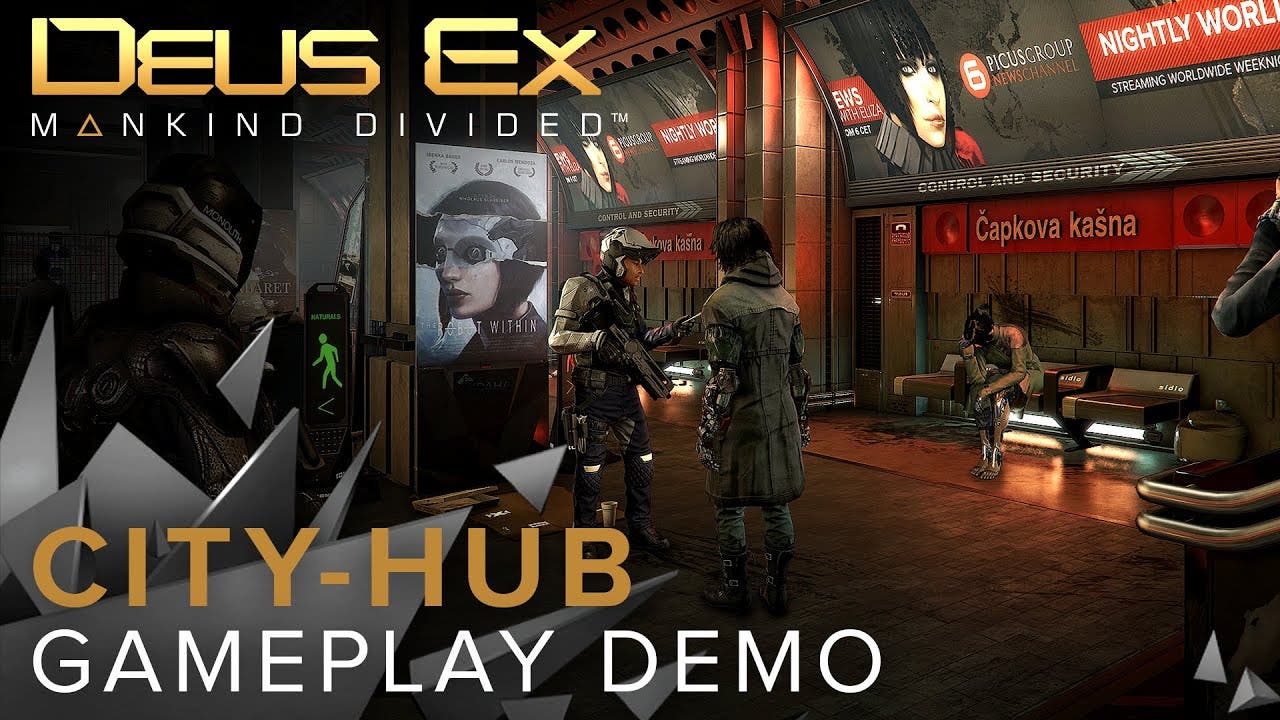 Here’s nearly 18 minutes of gameplay within the City-hub of Deus Ex: Mankind Divided

Get your first glimpse at the city-hub of Prague in Deus Ex: Mankind Divided, an expansive and dense location which will allow players to meet a variety of characters, take on side-quests, and explore indoor and outdoor areas. For the purpose of this demo, we activated infinite life, energy, and ammo.

In this section of the game, set in the poor district of the city, Adam Jensen wakes up after being caught in a devastating attack, allegedly perpetrated by augmented extremists, which is causing his augs to malfunction. He needs to see Vaclav Koller, an underground augmentation specialist, so that he can have a look at them and help him get back into shape.