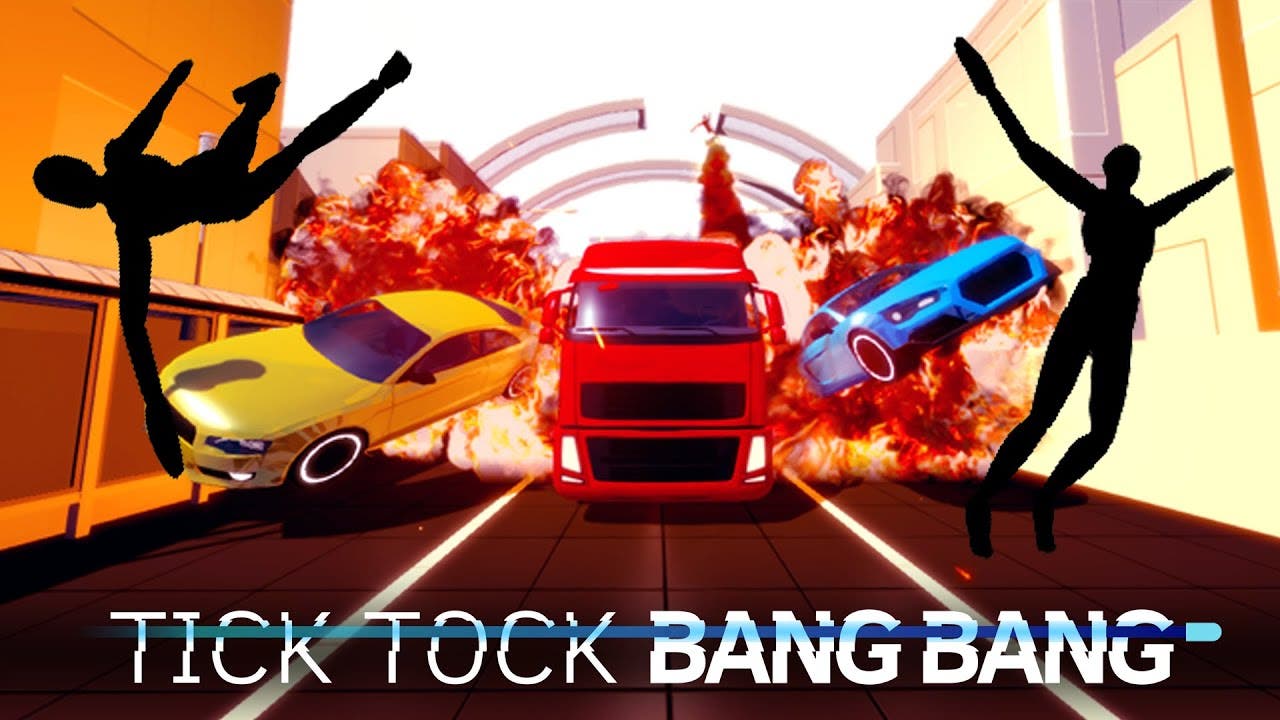 Dejobaan Games, creators of AaaaaAAaaaAAAaaAAAAaAAAAA!!! and DRP, have announced Tick Tock Bang Bang. Bend time to execute stunts on the set of a Hollywood blockbuster. The first-person shooter launches for Windows on Steam on June 9, 2016.

Time bending; self-immolating androids; 90-car pileups; flaming meteors; giant flying robots with lasers — and the ability to put these all together in your own scenes in a drag-and-drop level editor. This is Tick Tock Bang Bang. The movie will probably be rated R for the exploding school buses.