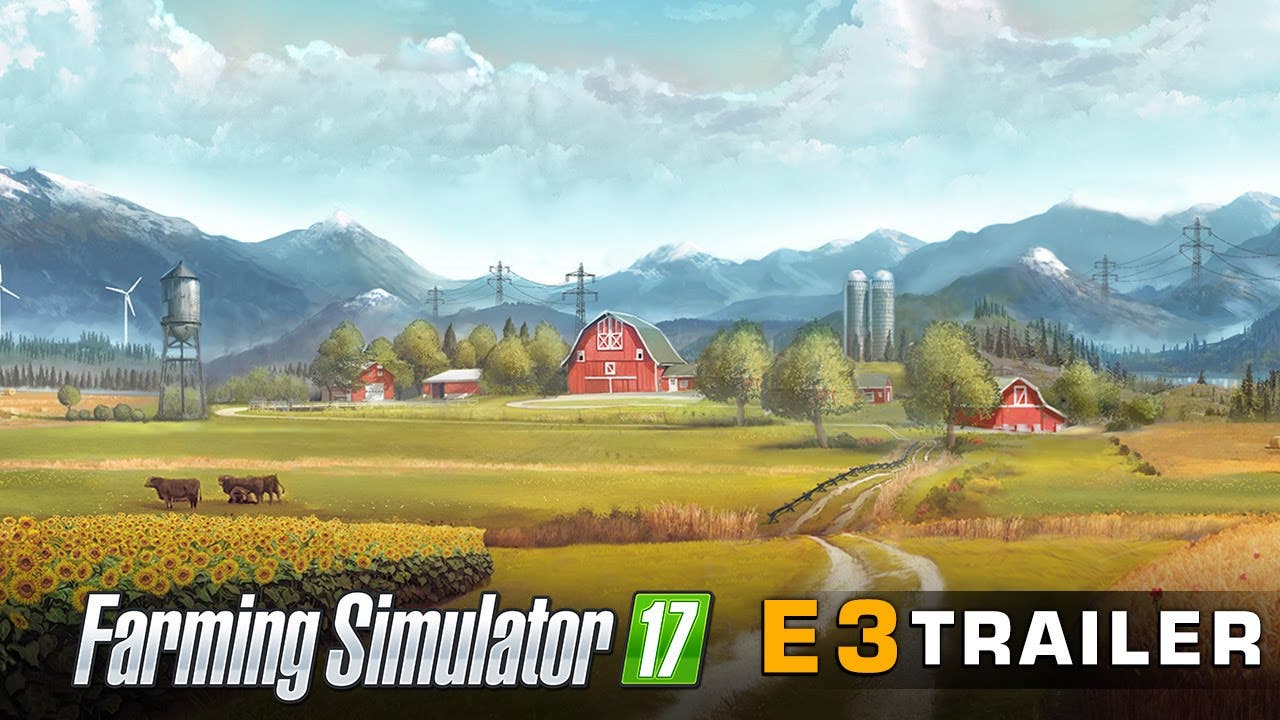 E3 2016: Farming Simulator 17 shows the wide range of machinery to use

The hit simulation from Giants Software has been a mainstay in the video game market for more than 3 years. The two previous versions of Farming Simulator have attracted almost 5 million players on consoles and PC worldwide. This huge community of players has been eagerly awaiting fresh news about Farming Simulator 17, which will launch simultaneously at the end of 2016 on PlayStation 4, Xbox One and PC.

The game is being showcased this year at E3 2016 to unveil its new features: a new environment, new vehicles, a new animal to breed, and new gameplay mechanics that increase the game’s richness and depth every year, but also to make it more accessible for both existing fans and new players.

The CGI trailer unveiled today reveals some of the new prestigious brands that join the farming frenzy in this installment, such as Challenger, Fendt, Massey Ferguson, and Valtra. With more than 60 brands and 200 vehicles faithfully reproduced, Farming Simulator 17 offers a complete simulation filled with a vast range of content.

In the coming months even more new features of Farming Simulator 17 will be unveiled, so stay tuned!

Farming Simulator 17 will release at the end of 2016 on PlayStation 4, Xbox One and PC.