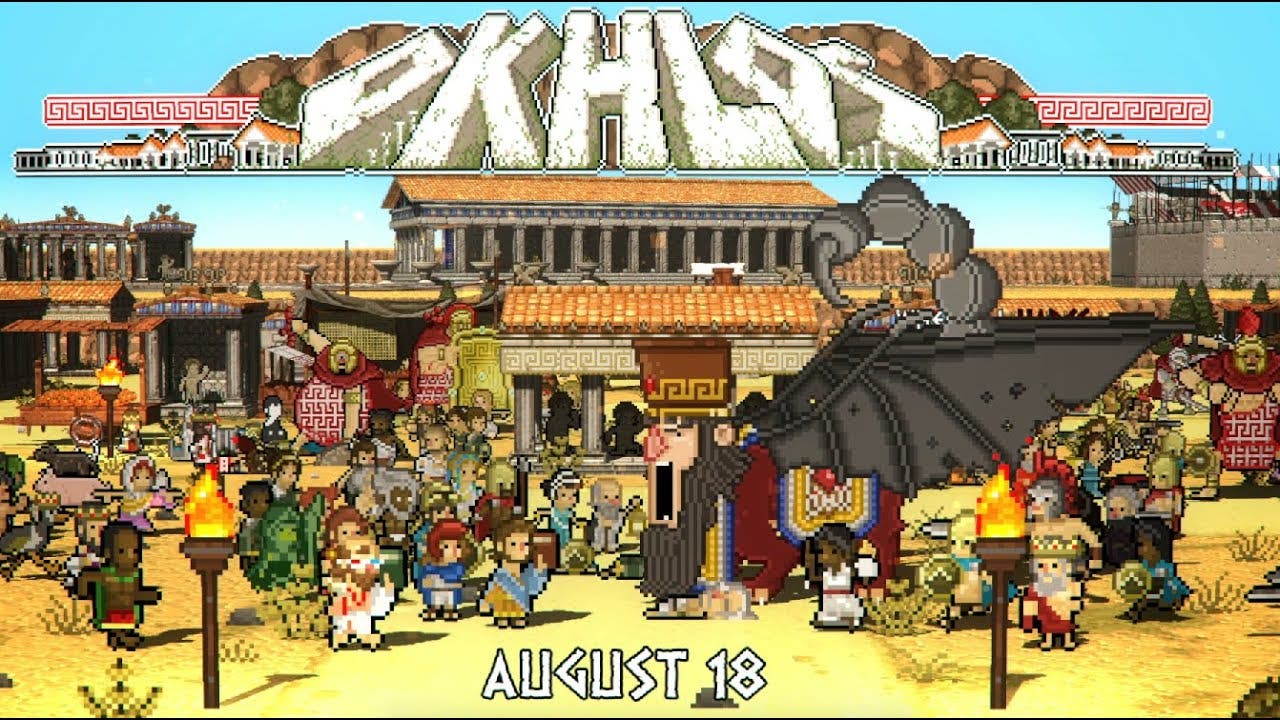 Okhlos gets a release date of August 18th, with democracy-loaded discount

Philosophical indie developer Coffee Powered Machine and anarchic game label Devolver Digital are proud to announce that Greek mob dramedy Okhlos is launching August 18 on PC and Mac via Steam, GOG, and Humble. Potential Okhlos philosophers can also help decide the launch week discount for the game through ancient Greece’s most beloved invention – an anonymous vote on the internet [http://okhlos.com/]. Benevolent gamers can choose between 5%, 10%, and 15% discounts on Okhlos for the August 18 – 25 launch window.

Okhlos strictly adheres to historical fact as players step into the sandals of ancient Greek philosophers and lead angry mobs of irate citizens, warriors, and livestock in an effort to bring down the oppressive gods of mythological Greece. Recruit, craft, and upgrade mobs of all sizes to take down everything from minotaurs and cyclops to ancient temples and the mighty Olympians themselves.

Your beloved brothers and sisters will no longer stand for the abuse from the deities and have taken up arms against them and are hell bent on taking down anything and everything in their path. Topple the beastly minotaur, bring down sacred temples, and confront the almighty Olympians themselves while recruiting and balancing your unruly mob with warriors, peasants, slaves and even livestock in their quest for freedom from Mount Olympus. It’s total anarchy in the birthplace of democracy.