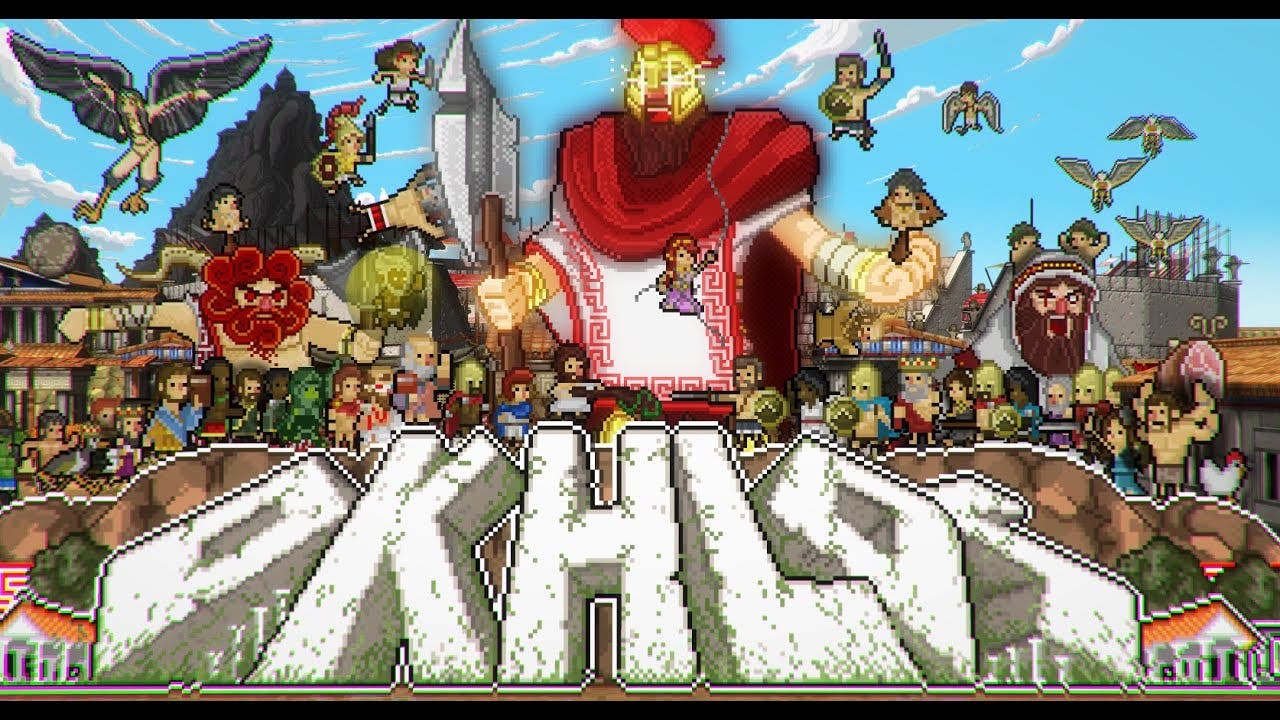 Okhlos strictly adheres to historical fact as players step into the sandals of ancient Greek philosophers and lead angry mobs of irate citizens, warriors, and livestock in an effort to bring down the oppressive gods of mythological Greece. Recruit, craft, and upgrade mobs of all sizes to take down everything from minotaurs and cyclops to ancient temples and the mighty Olympians themselves.

Okhlos fans and toga enthusiasts can follow the angry rage of the people via Twitter @Okhlos and @DevolverDigital or by visiting okhlos.com on their most personal of computers.