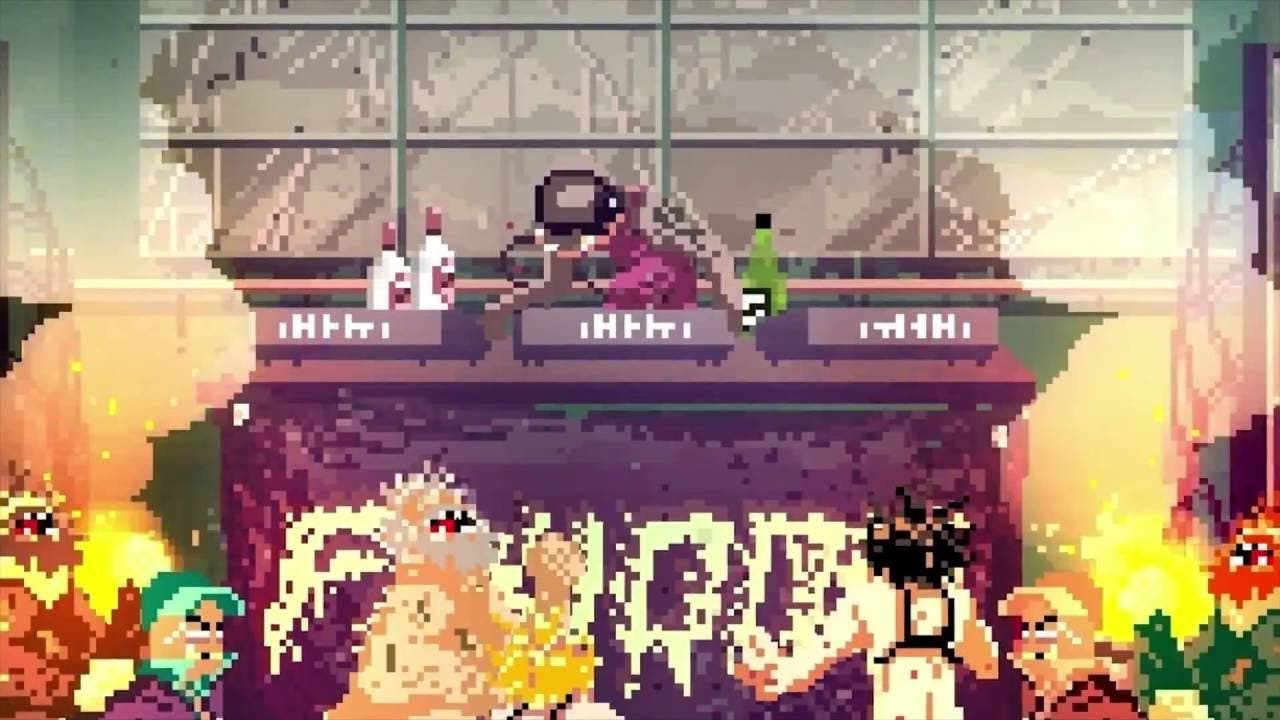 The violent rebels of developer Le Cartel and neck tattoo enthusiasts at Devolver Digital have announced that four-player beat ‘em up Mother Russia Bleeds is launching September 5 on PC, Mac, and Linux. Both Mother Russia Bleeds and Mother Russia Bleeds: Dealer Edition, which comes with the soundtrack and a second copy of the game to gift or sell, are available now for pre-order with a 10% discount [motherrussiableeds.com].

Mother Russia Bleeds is an ultra-violent co-op brawler overflowing with an unmistakable style and unforgettably brutal action for up to four players at once. Set in an alternate U.S.S.R, the story centers on a desperate crew of imprisoned street fighters that must overcome an oppressive criminal authority and forced drug addictions through any means necessary. Battle solo or alongside friends in an exceptional story mode campaign or harden your resolve in the savage Survival Mode.

In Survival mode, you’ll face off against waves of progressively harder enemies in eight vastly different environments . Grab weapons that your enemies drop and get a leg up on bashing skulls while harnessing the power of chemistry to induce your berserker rage and watch the bodies pile up.

Post-launch content for the game includes a Versus mode where you can challenge your friends and a Boss Rush mode that you are not prepared for in any meaningful way.

“Mother Russia Bleeds has everything the kids love these days like beating someone to death with a toilet during a prison riot and injecting drugs into your neck in order to punch off a gangster’s head,” noted Devolver Digital CFO Fork Parker.