GSC GameWorld is excited to announce a special Early Bird Bonus and a Digital Deluxe Edition for Cossacks 3!

Everyone who run Cossacks 3 game within the first two weeks of the game’s release will receive as a bonus:

Besides that GSC GameWorld would like to offer the Digital Deluxe Edition that will contain 4 post-launch DLC’s adding in total 6 single player campaigns, 12 additional single player missions and 8 historical multiplayer battles, as well as Original Soundtrack in lossless format.

As a free DLC all the players will receive 8 additional playable nations with the unique music main themes. 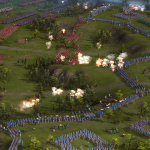 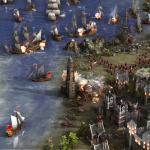