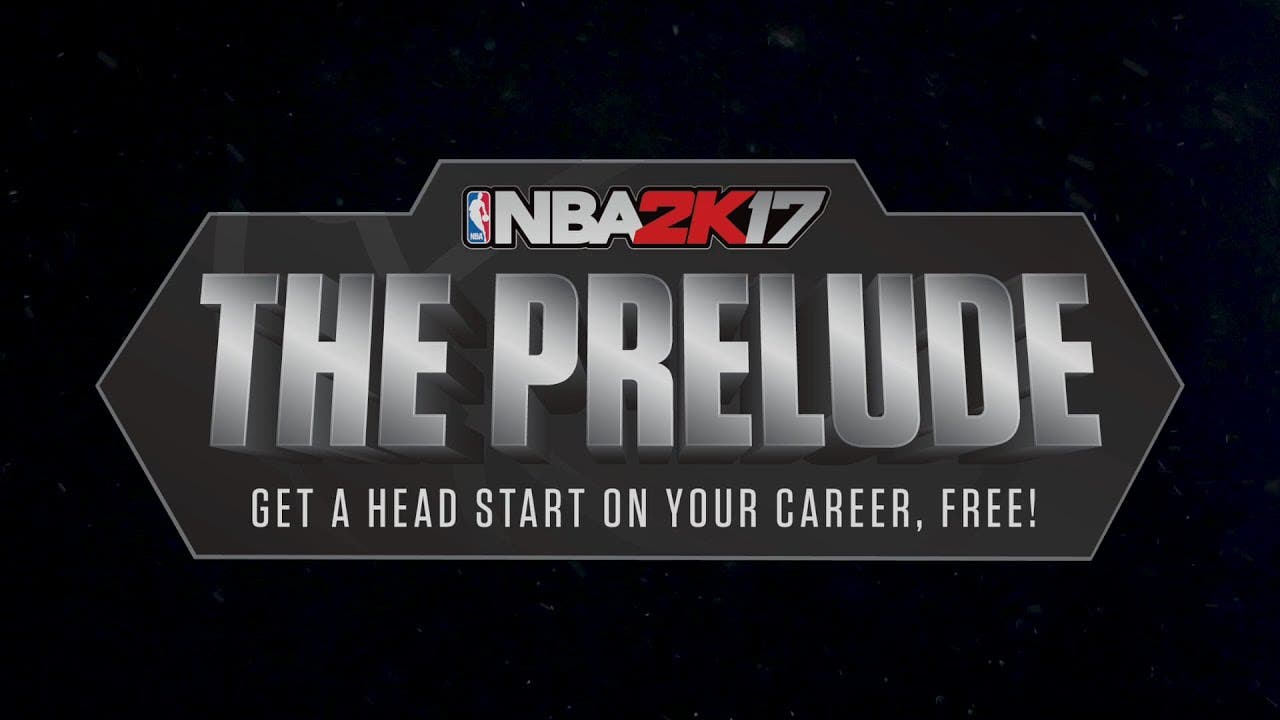 The Prelude will be a vertical slice of NBA 2K17’s career mode, available for free September 9th

2K today announced “The Prelude,” a free downloadable experience for NBA 2K17, the top-rated and top-selling NBA video game simulation series*, which will be available on September 9, 2016.  For the first time in NBA 2K history, gamers – both new and old – will get to start their MyCAREER experience prior to the game’s launch on September 20, 2016 on Xbox One and PlayStation®4 computer entertainment systems.  Gamers who download “The Prelude” will choose from multiple authentic Division I collegiate programs and have the ability to boost their stock for the NBA Draft.  Additionally, “The Prelude” experience will include enhanced MyPlayer personalization through new mobile phone face scan technology via the MyNBA2K Companion App, and an all–new tutorial mode in 2KU, featuring 2016 USA Basketball Coach Mike Krzyzewski (“Coach K”).

“The Prelude was designed specifically to introduce new fans to our franchise, and give them an introduction to our legendary MyCAREER mode that puts the user at the center of an epic basketball story,” said Greg Thomas, President of Visual Concepts.  “Veterans of NBA 2K will also love getting a head start on their MyCAREER, so when the game launches they can be ready to jump in and compete.”

During “The Prelude”, players will watch their draft stock fluctuate dynamically based on their performance across the participation of multiple authentic college games.  In true cinematic form, they’ll also catch a glimpse of exclusive MyCAREER scenes through their customized avatar, which include interactions with high school coaches, teammates, and more.  Players’ in-game performance during college play will ultimately influence where they are drafted upon entering the league in NBA 2K17.

“The incredible excitement during the first week of NBA 2K16’s launch showed us there was an opportunity to connect with even more fans prior to the formal release of NBA 2K17,” said Alfie Brody, VP of Marketing for NBA 2K.  “We think we’ve given our passionate community something special with this year, and can’t wait to see the response from not only existing fans, but new ones as well.”

Included in “The Prelude” is 2KU, a tutorial featuring Coach K, focused on fundamental basketball strategies including pick and roll execution, proper defensive positioning, ball movement, boxing out, court awareness and more.  Gamers can also use the MyNBA2K17 iOS and Android companion app to scan their facial likeness into their MyCAREER avatar within minutes.  This new mobile phone camera fan scan technology serves as the perfect introduction to the custom experience, as players begin playing MyCAREER.  Additionally, after September 16, 2016 gamers will be able to purchase and download playable “all-time great” teams for each of the playable colleges as well as special collegiate MyTeam cards representing legendary players.