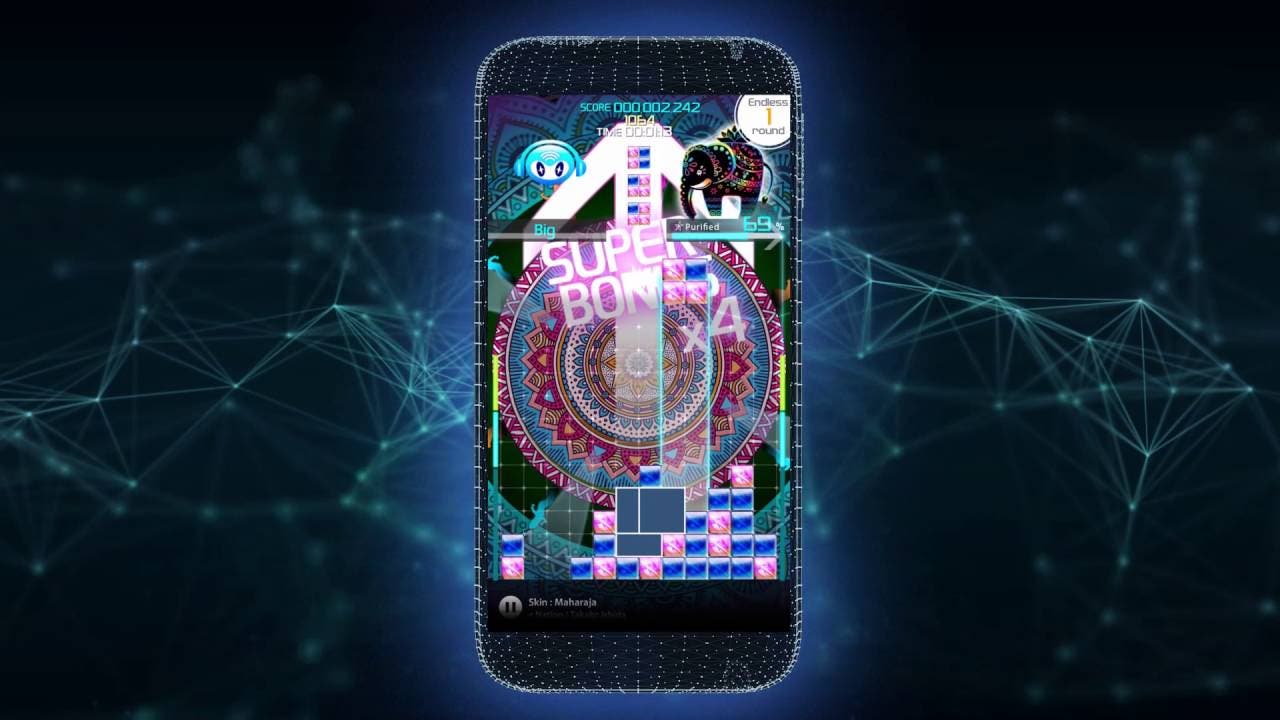 mobcast Inc. today announced that Lumines: Puzzle & Music has made its debut in global markets on iOS and Android. After a successful initial limited release in Japan, Australia, and New Zealand, Lumines: Puzzle & Music is launching in 169 countries so that players around the world can now download the award-winning action puzzle classic on their mobile devices and tablets for US$2.99. A launch trailer featuring gameplay and music from the game can be found here:https://www.youtube.com/watch?v=cd5MRFDtVuw

Download Lumines: Puzzle & Music with the appropriate link below:

Users in the U.S., Canada, U.K., Australia and New Zealand:

For users in other regions:

As a new entry in the series that pays homage to the original Lumines originally released for the PlayStation Portable (PSP), Lumines: Puzzle & Music refreshes the gameplay with entrancing graphics and tight touch controls to ensure fast gameplay for players. Featuring both newly-produced and classic tracks such as “Shinin’” by Mondo Grosso, the game board is presented in portrait mode and requires players to swipe and tap to the beat of each song. By properly aligning Lumines blocks for the timeline sweep, players can clear blocks of four matching colors and progress through each level. Paying tribute to the original Lumines, players will unlock skins throughout the game which dynamically change the music and visuals, further adding to the intensity of the moment. mobcast will support the game with further content later this year, adding new songs and visuals to the existing roster.

“I’m happy to collaborate with mobcast to bring the original spirit of the Luminesseries to fans around the world. By paying tribute to the classic songs and tight controls of the original game, and adding new features like social sharing that bring the series to 2016, I’m confident that Lumines: Puzzle & Music will excite old and new fans alike,” said Tetsuya Mizuguchi, original creator of Lumines for PlayStation Portable (PSP).

The original Lumines is an action puzzle game developed by Q Entertainment and published in Japan by NAMCO BANDAI Games Inc., formerly Bandai Co., Ltd., in 2004 on the PlayStation Portable (PSP) handheld game console. The title was later published in 2005 by Ubisoft Entertainment, Inc. in North America and Europe, going on to sell a series total of more than 2.5 million units around the world. The game was widely praised for its unprecedented design, synchronizing cutting-edge visuals and high-quality sound for a unique puzzle experience. Lumines was critically acclaimed by press as one of the best action puzzle games of all time by Japanese and Western audiences alike, winning numerous awards. In January of 2015, mobcast announced it acquired the rights to Lumines from Q Entertainment.

mobcast is currently hosting a contest to win a pair of custom-branded Lumines: Puzzle & Music Beats by Dre Solo2 Wireless Headphones. Taking place for a limited time only in celebration of the game’s launch, head to the following link and enter for a chance to win! Official rules apply. http://luminessweepstakes.com/