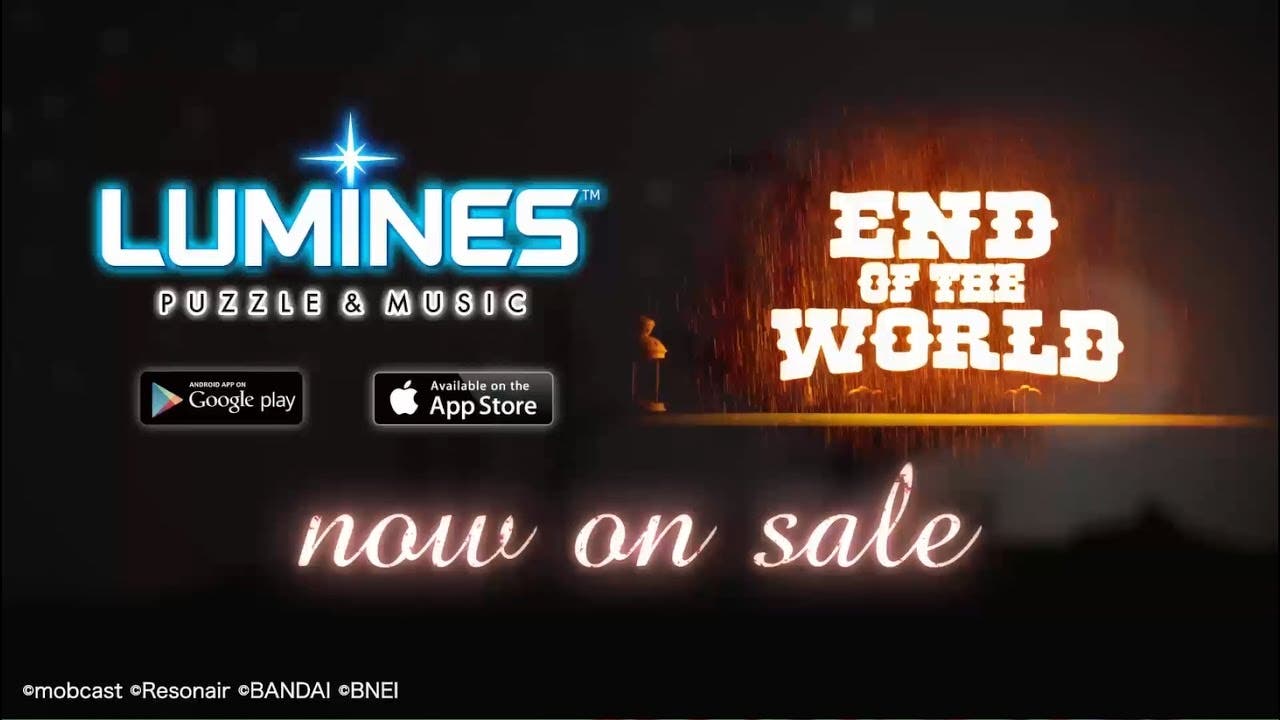 Lumines: Puzzle & Music gets “End of the World” and “Rez” music packs for mobile

mobcast Inc. today announced the launch of two downloadable content (DLC) packages for Lumines: Puzzle & Music based on the music of Rez© and End of the World (a.k.a. SEKAI NO OWARI). Both packs are available now in global markets on iOS and Android devices for $4.99 each. Rez, the classic rail-shooter music game originally released for PlayStation 2, was also developed by Lumines series creator Tetsuya Mizuguchi. The Rez DLC is inspired by the recent launch of Rez Infiniteon PSVR, and adds six new tracks to Lumines: Puzzle & Music. To celebrate the DLC’s launch, mobcast has also lowered the price of the base version of Lumines: Puzzle & Music to $0.99.

Owners of Lumines: Puzzle & Music can purchase the Rez and End of the World DLC for $4.99 by downloading in-app on the Album screen.

To view the official End of the World DLC trailer, visit: https://youtu.be/plKlvhB2mfg

For screenshots of Rez and End of the World DLC, please access the press kit here: https://app.box.com/s/e0xzp665nqf3o3pq8c34kfxh0pujqc0u

The introduction of Rez to Lumines is a merger of Tetsuya Mizuguchi’s two classic game franchises. Making creative use of music and sound to energize gameplay, the new RezDLC aligns with the rebirth of both franchises on new platforms. The DLC adds six new skins to Lumines: Puzzle & Music from the classic Rez soundtrack:

SEKAI NO OWARI is a Tokyo-based band with a diverse sound created by four members, Nakajin, Fukase, Saori, and DJ LOVE. Created in 2007, SEKAI NO OWARI have released three albums and various singles and have won ‘Best Group Artist’ at the 2016 Space Shower Music Awards. The DLC adds the following five new skins to Lumines: Puzzle & Music from their band discography:

“After the successful launch of Lumines: Puzzle & Music as well as Rez Infinite, I’m happy to see that the interest in games combining music and entrancing visuals for a synaesthesia experience is alive and well in 2016,” said Tetsuya Mizuguchi. “Merging the soundtrack and visual inspiration from Rez into the Lumines universe will excite new and old fans of both series.”

As a new entry that pays homage to the original Lumines released for the PlayStation Portable (PSP), Lumines: Puzzle & Music refreshes the puzzle-action series with entrancing graphics and tight touch controls to ensure fast gameplay for players. The game board is presented in portrait mode and requires players to swipe and tap to the beat of each song. By properly aligning Lumines blocks for the timeline sweep, players can clear blocks of four matching colors and progress through each level. Paying tribute to the original Lumines, players will unlock skins throughout the game which dynamically change the music and visuals, further adding to the intensity of the moment.