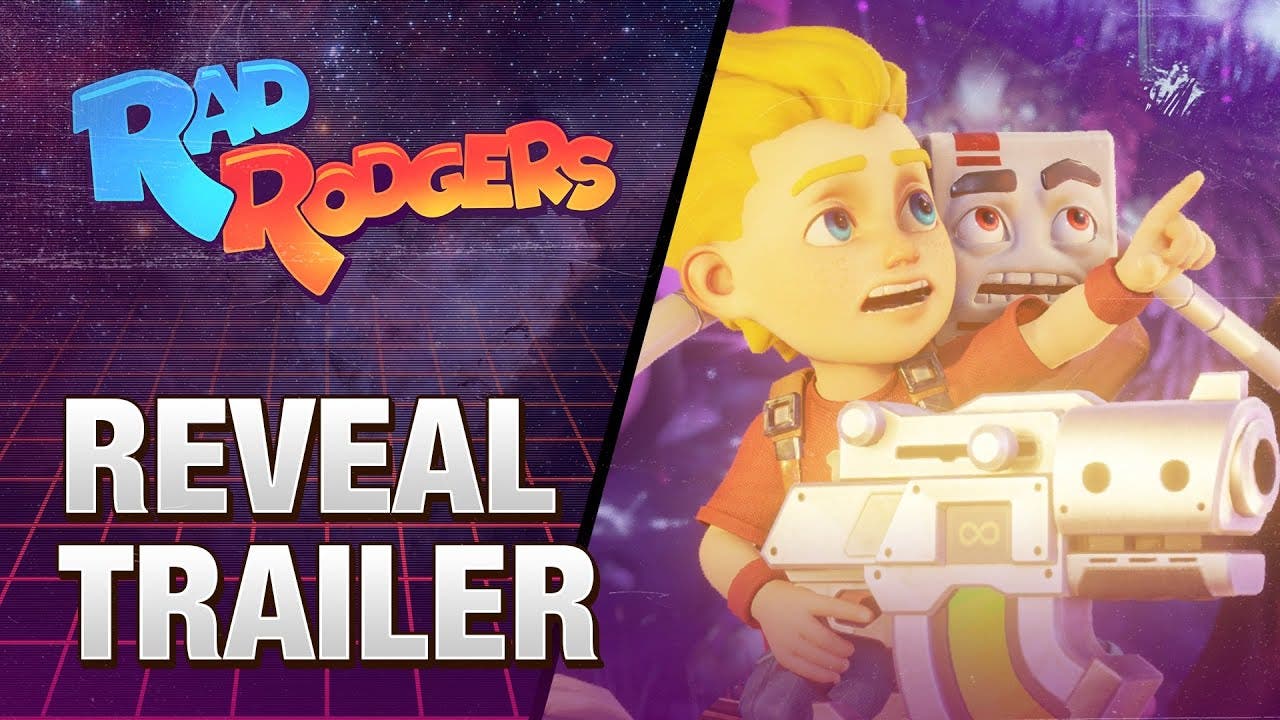 Interceptor Entertainment, a young but experienced team of developers, is making it their personal mission to recreate their childhood favorite genre of game; an action-packed scrolling platformer with two characters: twelve year-old Rad Rogers and his console-come-to-life ball busting buddy, Dusty. Dusty is a last generation console with punching power gloves who rides along in Rad’s backpack.

Interceptor believes that this mostly forgotten genre — which ruled for ten strong years beginning in the mid-80’s — is in dire need of a revival using today’s most modern engine, Unreal Engine 4, with a Rick and Morty sense of humor.

Frederik Schreiber, Creative Director on Rad Rodgers: “I grew up during the platformer’s glory days, with Mario, Sonic, Megaman, Castlevania, and Earthworm Jim. Back then a new platformer came out every month, each with different fun characters and twists. But now the genre is mostly abandoned, with rare standouts like Braid, and the puzzle-focused Limbo.”

Scott Miller, Founder of Apogee and 3D Realms: “Apogee used to rule the top ten PC shareware and sales charts in the early 90’s with our platformer releases, like Duke Nukem, Commander Keen, Cosmo, and a dozen others. The idea of developing a similar style game with today’s tech is extremely appealing to me. So while the Apogee brand is under completely new management, we can still involve key talent at 3D Realms to co-produce Rad Rogers, and give Interceptor the right design guidance to ensure that the game lives up to the high standards of the platformers’ golden era.”

Jacob Østergaard, Lead Designer on Rad Rodgers: “To make sure Rad Rogers is not just a modern rehash of old-school platformers, we’re adding several super cool features never seen in a platformer, all designed to power-up the fun factor. First off, Rad’s console companion, Dusty, loves to break the fourth wall, talking about the game itself, and to the player! This often confuses Rad, but Rad just thinks Dusty has lost his marbles.”

Additionally, the game is a game within a game, and this Matrix-style structure allows for the concept of the Pixelverse, coding breakdowns within the game that create rips in the space-time fabric of the game world. Only Dusty can enter these damaged game-code areas and fix the primary game world, allowing both Rad and Dusty to continue their adventures.

Rad Rodgers is currently seeking support on crowdfunding site Kickstarter. The campaign runs from September 6th 2016 until October 5th. Rad Rodgers will release on Windows PC and PlayStation 4, with additional platforms to come if key Stretch Goals are met on the Kickstarter campaign.

You can back the game here: https://www.kickstarter.com/projects/1093001909/rad-rodgers-the-return-of-the-90s-era-apogee-platf