From the creators of 2013’s Rise of the Triad comes Bombshell, a top-down action role-playing game for PC and PlayStation 4.

Shelly “Bombshell” Harrison strong-arms her way across 4 planets in an Unreal Engine-powered galactic adventure to the save the U.S. President from an apocalyptic alien threat. With out-of-this-world enemies, a never-before-seen arsenal of devastating weaponry and a variety genre-crossing mechanics, Bombshell is set to completely blow you away. 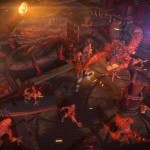 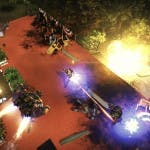 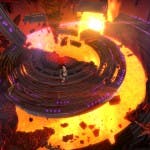 There’s going to be a special presentation of Bombshell at E3 2014.