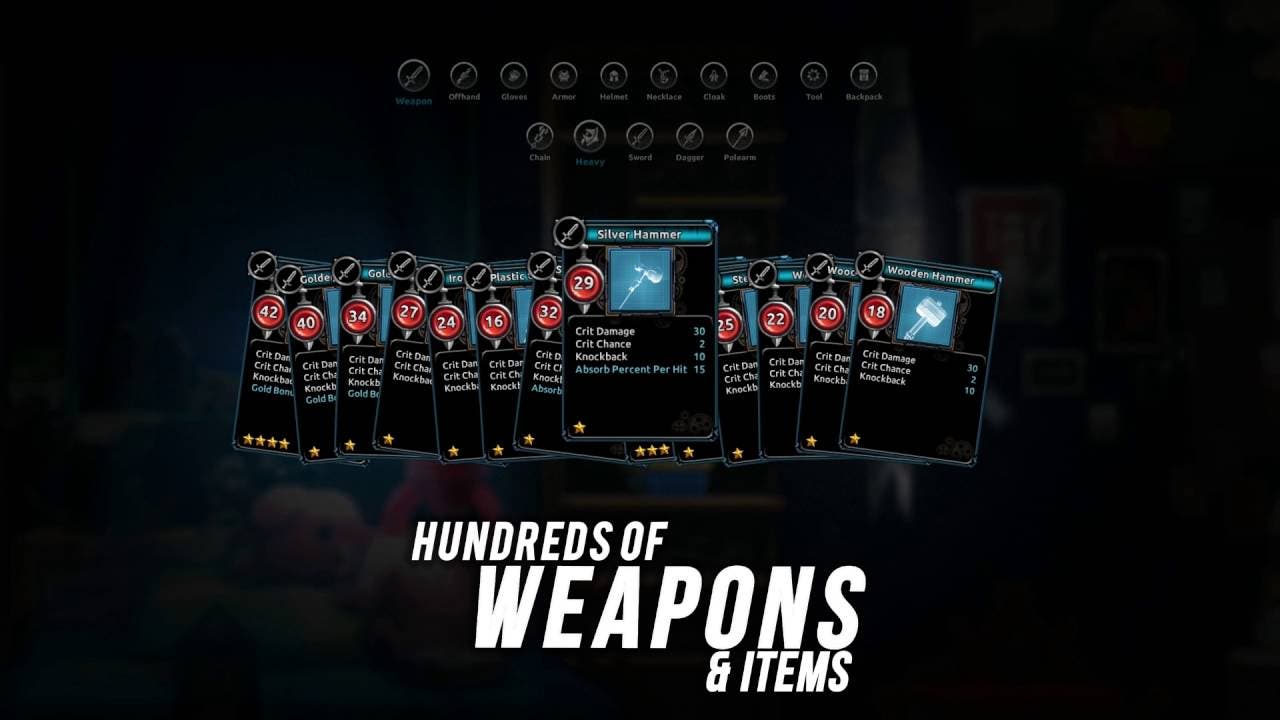 Toy Odyssey: The Lost and The Found coming to PC and Xbox One on September 21st, PS4 soon after

Independent game publisher Digital Smash announced today that they are working with Hiker Games to bring action platformer Toy Odyssey: The Lost and The Found™ to Xbox One and Steam on September 21st, 2016, for just $14.99, with a PlayStation 4 release soon to follow. Hiker Games is developing the game and handling publishing efforts on the PC, while Digital Smash handles all console publishing efforts.

Toy Odyssey: The Lost and The Found, previously known as ToyQuest, was created by Vietnamese developer Hiker Games, and features a very deep story and gameplay. The game follows Brand, an action figure who tries to save his owner, Felix, from impending darkness. Armed with common household items, Brand must solve the house’s many mysteries before powerful nightmares take over. The game brings an interesting mix of difficulty and genre along with it: Metroidvania, Rogue-lite, Souls-like, Action Platforming, and some minor base defense aspects. Recommended to be played with a controller, the game can be put in similar categories as Dark Souls® and The Binding of Isaac™. With 30,000 lines of fully vocalized dialog and an infinite amount of procedurally generated maps, no two playthroughs will be the same.

Toy Odyssey features more than 300 enemy toys — including tanks, paper origami cranes, and deadly toy soldiers. The game also boasts hundreds of weapon and item upgrades, a crafting system, and seven horrific boss stages. In addition to the faithful 8-bit and 16-bit platformer style, Toy Odyssey innovates with a “base defense” twist: As players fight the enemy in different parts of the house, the bedroom is left unprotected. This means that you will need to find the proper materials to build defenses that can handle a sustained attack from the darkness, protect precious companions, and prevent further nightmares.

Digital Smash’s President, David Klein said: “We’re thrilled to be publishing Toy Odyssey on console. As soon as we saw the style and quality, we knew this was a terrific indie title that needed to be exposed to a wider audience here in the West, to take the game more globally. Toy Odyssey takes some of the most recognizable elements (i.e. platforming, RPG mechanics, procedural-generation) from games many of us played in our youth, and brings along the difficulty that many modern games just don’t give anymore. No hand holding. This game is a beautifully crafted example of indie talent paying homage to games of yesteryear.”

Hiker Games is enthusiastic about the prospect of working alongside Digital Smash. Nguyen Vu Phuong, Team Lead at Hiker Games explained his thoughts on the partnership, “We are very excited and proud to be affiliated with Digital Smash. Their commitment to the project and enthusiasm proves that the console versions of Toy Odyssey are in very good hands.” He continued, “Toy Odyssey takes the scary dreams we all had to deal with as kids and turns them into a fluid, imaginative platformer with Rogue-lite elements. It plays like many of the games we enjoyed growing up, but with beautiful graphics, sound, and gameplay.”