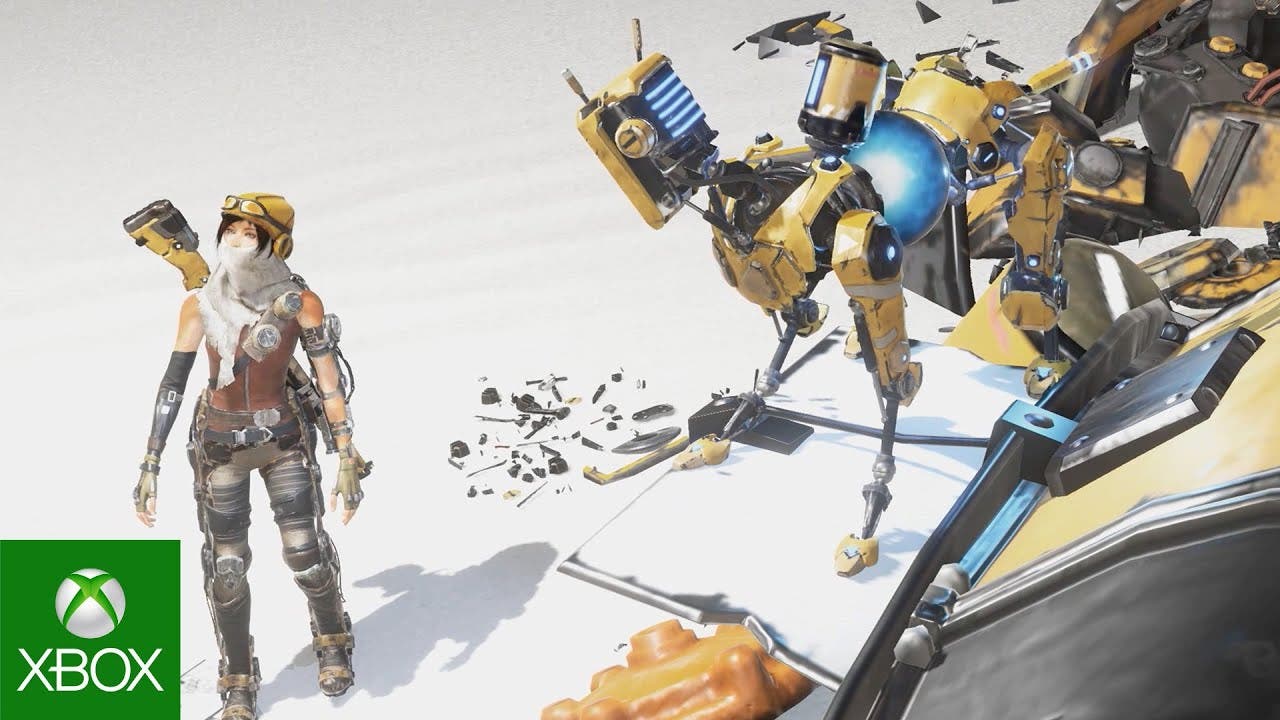 Today is an exciting day for all of us on Team Xbox. ReCore, our first Xbox Play Anywhere game, is available starting now on Xbox One and Windows 10 in North America, Latin America and most Asian countries. It launches in Japan on Sept. 15, and fans in Europe and other global regions will be able to join the fun on Sept. 16.

ReCore builds on our shared passion for classic games like MegaMan and Metroid with features such as a deep crafting system and a large world to explore. The bond between the game’s heroine, Joule Adams, and her charming ”Corebot” companions, Mack, Seth and Duncan, are the heart-and-soul of ReCore’s gameplay as well as its story. We hope you enjoy these characters’ many adventures on the planet ”Far Eden”, where dangers, mysteries and challenges await in its windswept dunes and hidden dungeons.

As the first Xbox Play Anywhere game, ReCore gives fans access to both the Xbox One and Windows 10 versions of the game for the price of a single digital purchase of $39.99 / £29.99 / €39.99, and is available at Microsoft Stores, microsoftstore.com and additional retailers globally. Progress and Achievements are shared across devices so players can easily pick up where they left off, no matter where they play. We encourage everyone who chooses to play ReCore on Windows 10 to check out our recommended system requirements for the best experience:

Fans who are eager to immerse themselves further into the world of Far Eden can check out The Art of ReCore books from Dark Horse Comics or suit up with our diverse lineup of ReCore-themed apparel and accessories, all reflecting the game’s colorful and vibrant art style. For the most dedicated Far Eden adventurers, we partnered with TriForce to create the officially licensed ReCore Limited Collector’s Edition ($179.99). The Limited Collector’s Edition features hand-finished and painted statues of Joule and the Mack for the most authentic representation ofReCore.

On behalf of the entire ReCore team, thank you to all of our fans for your enthusiasm and support, and we hope everyone enjoys adventuring through the world of Far Eden as much as we loved creating it.